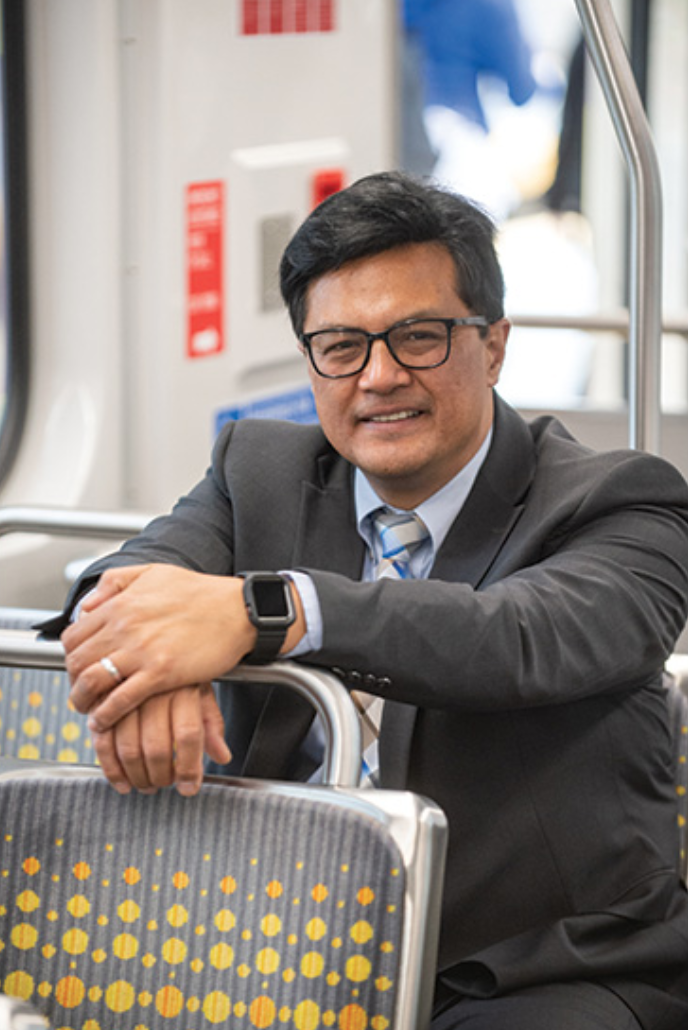 Twitter
Facebook
Email this article
Cris Liban, who received his doctorate from UCLA IoES’ Environmental Science and Engineering program, was honored with the Award of Excellence by the Engineering News Record for his initiative and drive to make Los Angeles more environmentally friendly in his role as the first-ever chief sustainability officer at the Los Angeles County Metropolitan Transportation Authority. A dynamic thinker who brings people together, Liban grew a five-person environment division to a nationally renowned, comprehensive environmental practice system that has set 150 sustainability initiatives in motion while ensuring that all of LA Metro’s $140 billion planned projects are sustainable and equitable.

Under Liban’s leadership, LA Metro is working to make public transportation more reliable and efficient while adhering to green construction practices, reducing water usage by 20%, and transitioning to energy-efficient fuels. Many of Liban’s innovative solutions could be adopted by cities around the globe, including starting a green bond program to raise funds for sustainability initiatives to developing the first-ever climate action plan and green construction policy for a transit agency in the U.S.  He prioritizes plans that benefit low-income communities both economically and socially, eliminating food deserts near metro stations and providing opportunities for the homeless.