Two weeks after the announcement of the inaugural Pritzker Emerging Environmental Genius Award, our 20 candidates continue to be narrowed down to five finalists. All under the age of 40, these environmentalists have shown innovation and leadership. Meet the next group. Their areas of expertise range from aerial spectral imagery to climate science litigation. Lauren Kurtz uses the law to combat climate change and protect scientists from lawsuits meant to keep them from their work. As the executive director of the Climate Science Legal Defense Fund, Kurtz and her team defend scientists from legal intimidation and harassment. She and her team have also published a handbook advising scientists on how to deal with legal pressure. Kurtz began her career in biology, but transitioned to law to ensure policy decisions are backed by scientific evidence. Kurtz has worked for the United States Environmental Protection Agency and is trained in both U.S. and Chinese Law. (Nominated by David Biello.) 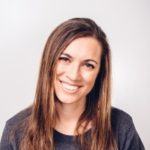 Dawn Lippert embraces technology and innovation to drive social change. She is CEO and founder of Elemental Excelerator, a company that enables startups and invests in companies. So far, they have awarded tens of millions of dollars to companies focused on agriculture, water, transportation, solar energy, and more. Lippert helped draft the Hawaii Clean Energy Initiative legislation and is chair of the Hawaii Clean Energy Initiative Advisory Board, a group dedicated to Hawaii’s goal of 100 percent renewable energy by 2045. Lippert serves as a board member for Women in Renewable Energy, which she founded in 2011, and Incubatenergy, a network of clean energy organizations. (Nominated by David Skelly.) Katharine Mach is a climate change scientist who builds dialogue between diverse groups of people to protect our planet. As creator of the Stanford Environment Assessment Facility, she brings climate and energy experts together with policymakers, business leaders and community groups. This collaboration strives to influence and support government and businesses to make smarter choices on carbon emissions. Mach also influenced international science with the Intergovernmental Panel on Climate Change, co-directing the group that is working on impacts, adaptation and vulnerability. Mach holds positions at Stanford University, Carnegie Mellon University and the Carnegie Institution for Science. (Nominated by Steve Westly.)

Ashwin Madgavkar utilizes aerial imaging technology that will potentially save billions of gallons of water and millions of dollars a year in California. He began his career in the industrial sugar cane fields of South America studying water waste but then moved on to use his background in engineering and consulting to transform the agricultural industry. Madgavkar founded Ceres Imaging, which uses data and remote sensing to improve agricultural production while simultaneously decreasing water consumption. This technology allows farmers to identify problems, make better decision, and ultimately save money and resources. (Nominated by Jaime Carlson.) Lesley Marincola has changed the way a million people access energy in 20 countries. As founder and CEO of Angaza Deisgn, Marincola developed and implemented pay-as-you-go technology in emerging markets so people lacking access to electricity can purchase solar energy through payments over time. This technology reduces kerosene usage for light, in turn reducing greenhouse gas emissions and lowering health risks. Marincola’s skills in engineering, design and leadership made her one of Forbes’ “30 under 30” and one of Businessweek’s “Best Young Entrepreneurs.” She has also been recognized by organizations such as Greentech Media and the Sierra Club. (Nominated by Andy Karsner.)

(Read our first blogs on the candidates here and here. Later this week we will introduce our final five candidates.)