Next month, we’ll announce the Pritzker Emerging Environmental Genius Award finalists. Until then, meet the final group of candidates for the award, which is dedicated to someone under age of 40. Over the past two weeks, we’ve been getting to know these individuals. Already accomplished in a range of fields—from elephant conservation to connecting cultures around food—they stand ready to take a great leap forward for our planet. Jennifer Moslemi brings innovation to the art of science storytelling. In addition to holding a Ph.D. in ecology from Cornell University, Moslemi founded CaravanLab, a business focused on scientific communication. She creates video, web and app content for a variety of audiences and has worked with organizations including The Nature Conservancy, National Audobon Society and the United States Department of Agriculture. Her next endeavor, the Pietho network, will bring together advertising experts, scientists and communicators to work on science outreach products. Moslemi hopes to emotionally connect with diverse people, inspiring personal change and action. (Nominated by Mary Ruckelshaus.) Christine Su empowers ranchers to become more sustainable and transform the industry with technology. She is the co-founder and CEO of PastureMap, an app that monitors and manages grasslands. A well-managed pasture has the ability to build healthy soils, maintain watersheds and ecosystems, and help the earth absorb and store atmospheric carbon. The program also helps ranchers raise higher-quality beef and make more money. After meeting hundreds of ranchers from around the world, Su’s company now aids 7000 ranchers in 32 countries. (Nominated by Ashley Boren.) Vien Truong fights poverty and pollution in California as the director of Green For All, which works to build a stronger green economy. Truong is working to give people in disadvantaged communities a more powerful voice in the climate movement. As clean energy becomes more prevalent, it offers new opportunities to those communities. Her work led to the adoption of California Senate Bill 535, which requires that a portion of California’s cap and trade funds be used for development, to reduce greenhouse gas emission and to mitigate the health effects of climate change in disadvantaged communities. Truong was recognized as a White House Champion of Change on Climate Equity in 2016. (Nominated by Tom Unterman.) 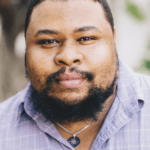 Michael Twitty traces food to its roots, connecting it to culture and the environment. Twitty is the author of Afroculinaria, a blog that uses food and heritage to open dialogues about race and ecology. He utilizes his African American and Jewish background to unite people of different backgrounds in shared experiences. Twitty was the keynote speaker at the Carolina Farm Stewardship Association’s Sustainability Agriculture Conference and gave a TED Talk on food and social justice in 2016. In addition to publishing his book The Cooking Gene, Twitty’s work has been featured in outlets such as NPR and The Washington Post. (Nominated by Crystal Hayling.)

(Read our first blogs on the candidates here, here and here.)