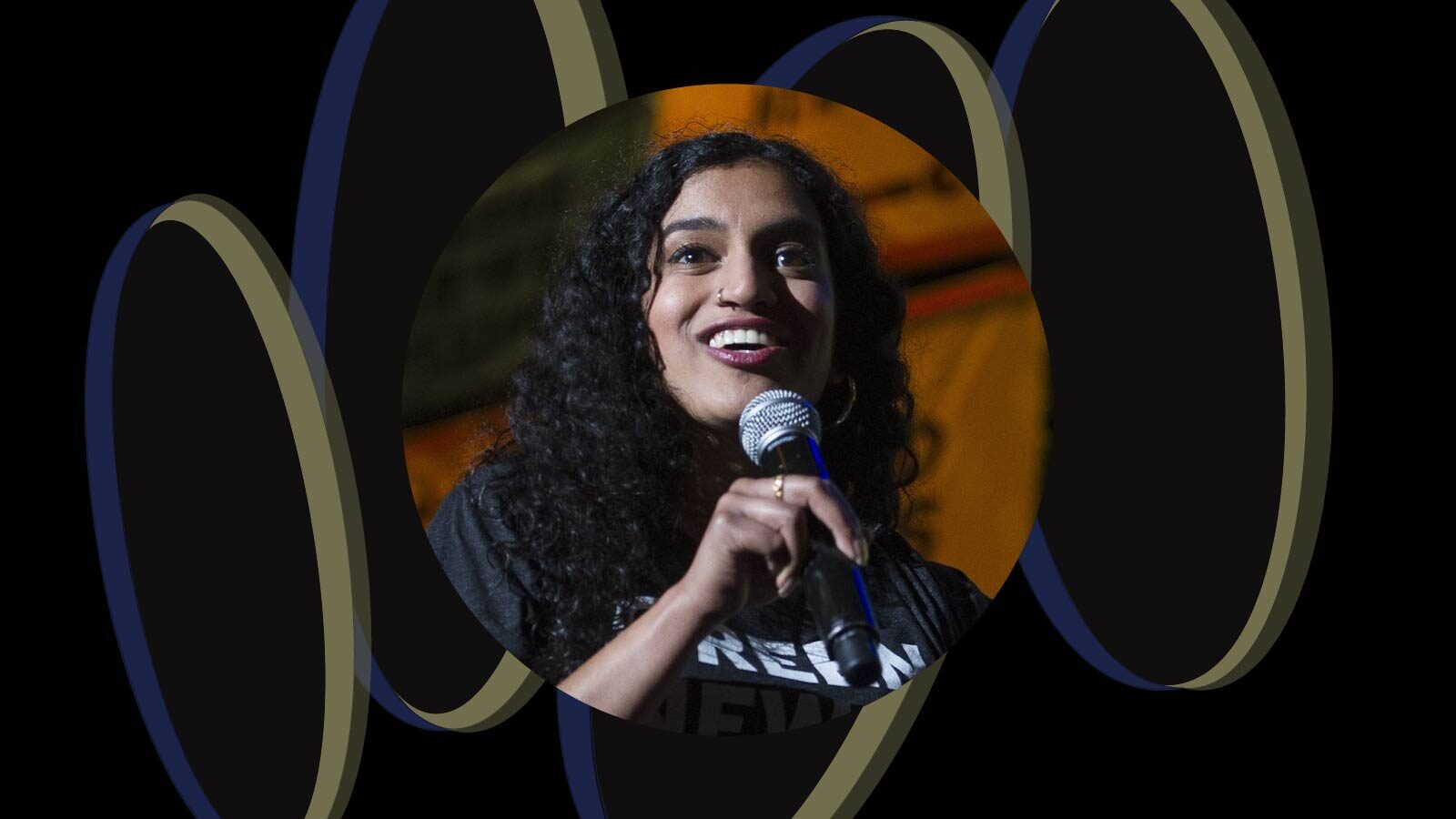 My name is Varshini Prakash, I’m 26 and I’m the Executive Director and Co-founder of Sunrise Movement. My generation has grown up bearing witness to the crisis of climate change and the failure of our purported leaders to stop it.

For most of my life, climate change has felt impossibly huge while I’ve felt desperately small. It wasn’t always that way. My whole family is tiny, and I remember the joy of walking around as a 5 foot tall fourth grader with my 4 foot 10 grandmother by my side. Being small was fantastic — I always got first choice on piggybacks and I NEVER got called for fouls in soccer. But there was a darker side too. I remember when a classmate walked up to me, encircled my wrist and thigh with her fingers and exclaimed how “anorexic” I was. She made me feel little.

The world made me feel little, too. Two wars in the Middle East, endless school shootings, systemic racism, the climate crisis — they all made me feel powerless. Small. Incapable of changing anything. And whenever I talked with my loved ones, my lesbian best friend, my brown brother, my immigrant mother, I noticed they all felt the same way. We were a big community of people who felt small.

But soon after I left for college, I discovered just how big, how powerful, my community could be. Because I was an environmental science major, I was asked to emcee a demonstration about fossil fuel expansion in Massachusetts. I had never done anything like that before because the opportunities were never there for me, a small, skinny brown girl. The world of school boards and public committees and politics was always so distant. By design: they were made to exclude people like me.

When I took a hold of the megaphone that day, in front of hundreds of people outside our Student Union steps, I felt larger and more powerful than ever before. With a community of students of all stripes alongside me, we could shape the world around us together. And indeed we did: we won that campaign when the University of Massachusetts announced it would be the first major public school system to divest from fossil fuels.

The same year I graduated from college, 2015, climate-fueled floods devastated my family’s hometown in India. Thousands were displaced, hundreds perished, and the roads I remembered from my childhood were drowned in water. I visited those flood zones a year later, and the stench of sewage still wafted from the rivers. Suddenly, I felt small again.

Even worse, when I looked around at the movement I helped to build, I didn’t feel any bigger. Thousands of student organizers like me divested millions of dollars from fossil fuels, we stopped the Keystone XL pipeline, we won the argument that the climate crisis is a matter of racial, economic, and social justice. But our movement was nowhere near big enough to stop the storm to come.

When Donald Trump was elected president, I felt the smallest I ever had. He immediately undid all our victories. He installed a literal fossil fuel millionaire as Secretary of State and used the office of the presidency to praise white supremacists. He’s still waging a campaign of racism and hate against immigrants like my parents, like my friend whose father was deported by ICE. I’ll never forget what she told me as she looked back on that memory: “What kind of person will you be in this moment? Will you retreat, make yourself small and accept these indignities? Or will you face those who oppress you and fight back?”

My generation’s fighting back. I’ve met young people in Paradise, California whose homes have been reduced to rubble by wildfires while their representatives in Congress still take money from the fossil fuel executives responsible. We’re done feeling powerless while our homes burn and our leaders retreat.

That’s why Sunrise is building an army of young people to stop climate change and to take on the fossil fuel billionaires standing in the way of the Green New Deal. My generation has always been diminished, made to feel powerless against the enormous challenges we face. Fighting for the Green New Deal alongside my community has shown me that those who call us small don’t want us to see our own power. Because when we see our power, we’re not going to be small any longer.