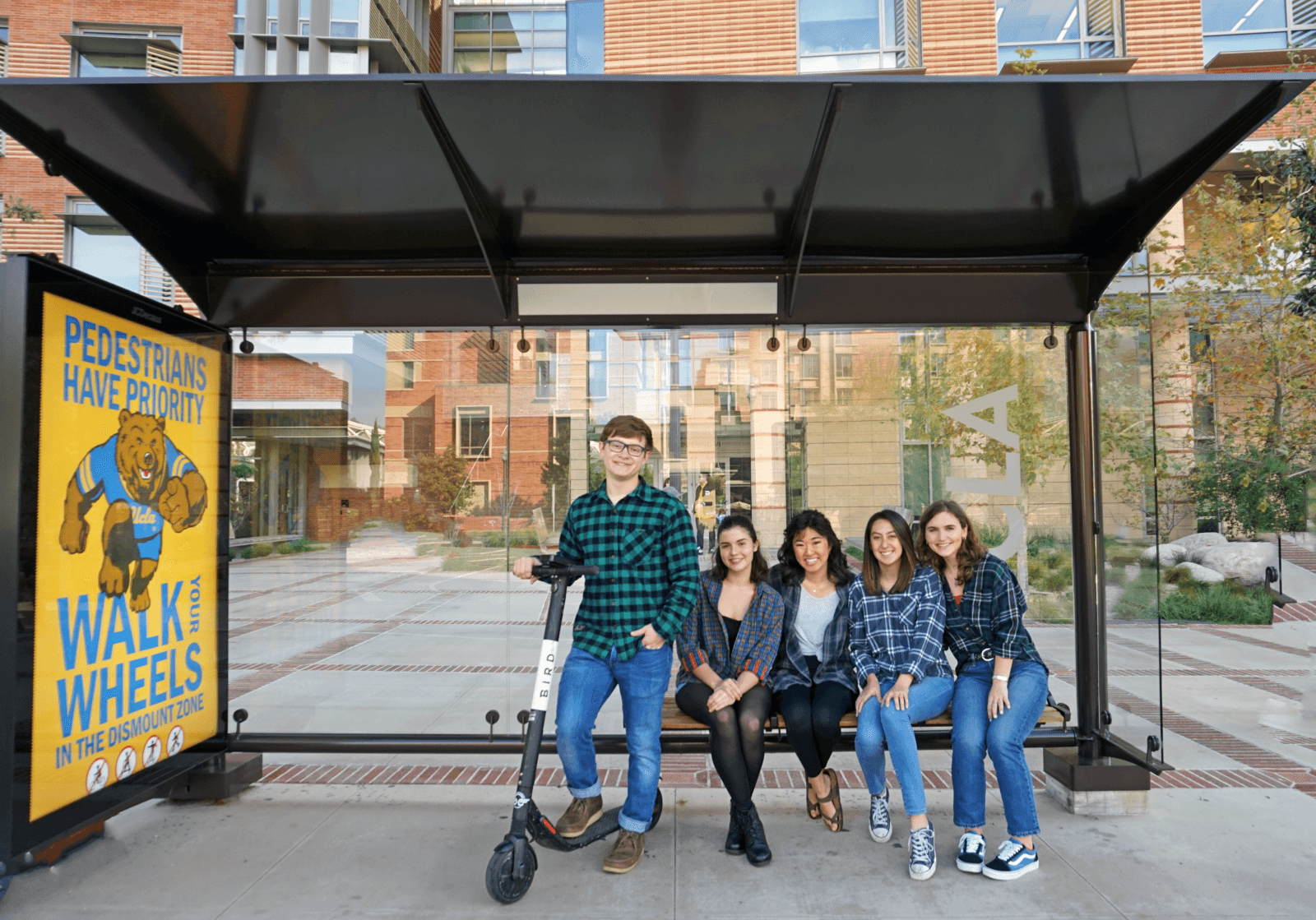 Final Thoughts from the Transportation Team

By Anna Weir and Kyle Willenborg

As we approach the end of our project we leave the world of outreach behind and settle down to crunch some numbers. But that doesn’t mean the hard work stops here! We have been collecting spot count data twice a day, three days a week since Week 7 of Winter Quarter and have a plethora of spreadsheets waiting to be analyzed.

After a very successful Earth Day Fair and many postings in different campus listservs, we have decided that it’s also time to close our E-Scooter Attitude Survey. From even a brief glance, we can see that some of our findings were unexpected. 69.6% of people surveyed said they had never used e-scooters as a way to get around campus, and while this may seem like an undesirable result for a group studying e-scooters, the responses this majority gave to later questions were particularly thought-provoking.

For instance, the question “What is the main reason that you do NOT use e-scooters?” received the most free responses in the whole survey, which we split into five different categories. The most common free response answer was to do with the stigma associated with e-scooter use. Answers that fell into this category said they didn’t use e-scooter because “They’re literally the worst”, “I’m not that lazy”, and even “does not represent my personality”. We think the stereotype people have of e-scooter users needs to be addressed, and will spend these next few weeks brainstorming how we can address this stigma in our campus community.

Along with interpreting the data from our survey, we also need to consider the biases our audience may have. Despite our best attempts to get a wide array of survey data from many different sources, most members on our team have connections in fields close to environmental science. This could have potentially influenced the results of our data, such as the fact that 69.6% of participants had never used e-scooters. This is not to say our survey data is influenced to the point of invalidation, but we believe transparency with you to be of utmost importance. Please let us know what you think. How should we consider the skew of our audience?

Have a great week, and we hope after hearing about the progress of our project, you’ll think about e-scooters a little more next time you see them around campus! 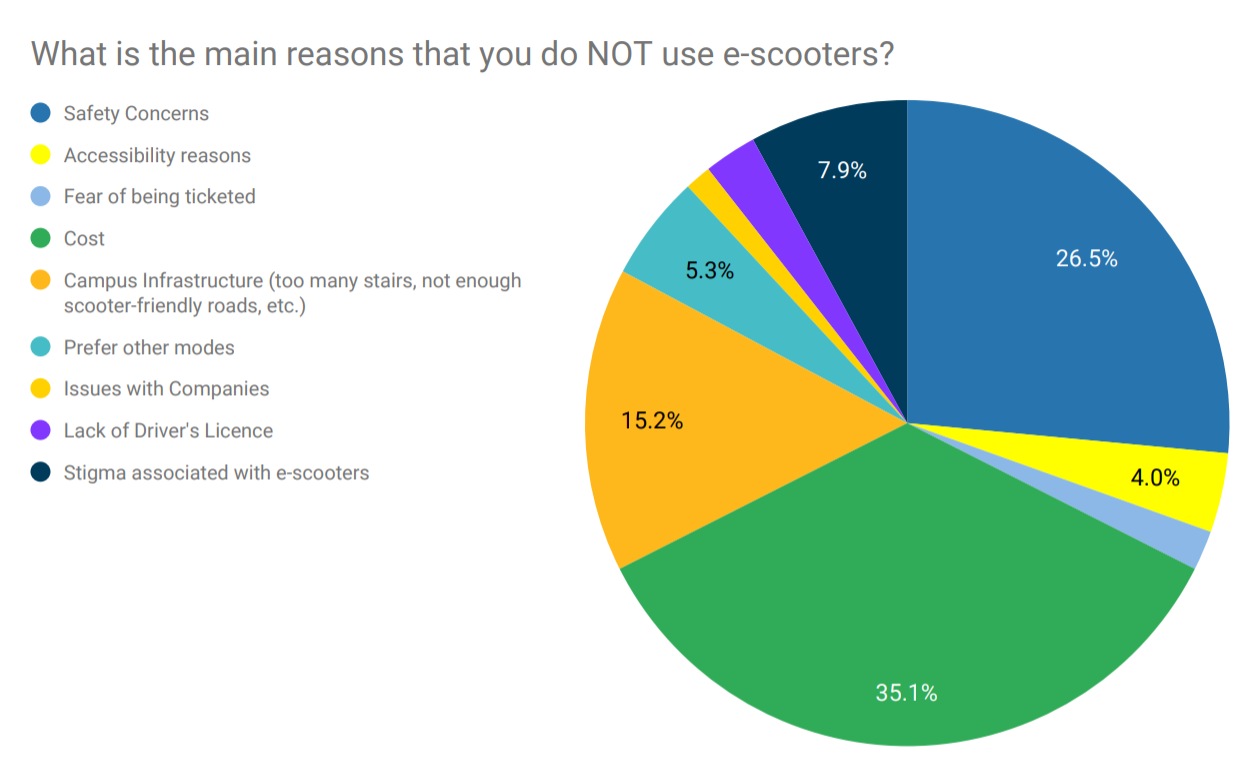 These are the results of one of our questions directed at people who said they didn’t use e-scooters on campus. We received 29 free response answers to this question, which we split into five broad categories: preference for other modes, issues with e-scooter companies, lack of driver’s licence, fear of being ticketed, and the stigma associated with e-scooter use.