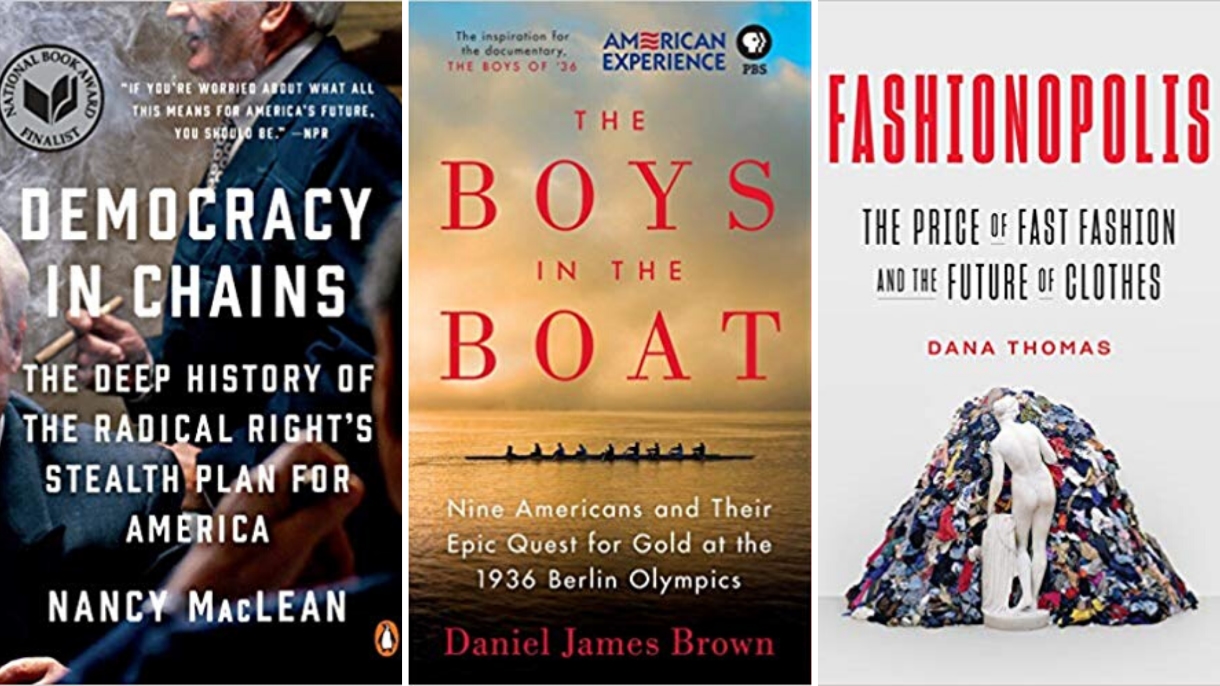 At the 2019 Pritzker Emerging Environmental Genius Award ceremony, each candidate recommended a book. Here’s the list, for anyone who wants to think like a young environmental genius, and just in time for Cyber Monday.

Emma Kennedy
“Being a Beast” by Charles Foster

Kira Sadler
“Where the Wild Things Were” by William Stolzenbug

May Boeve
“Democracy in Chains” by Nancy MacLean

Sahithi Pingali
“Outliers: The Story of Success” by Malcolm Gladwell

Samantha Wright
Boys in the Boat: Nine Americans and Their Epic Quest for Gold at the 1936 Berlin Olympics by Daniel James Brown

Sara Eckhouse
“The Warmth of Other Suns: The Epic Story of America’s Great Migration” by Isabel Wilkerson

Sarah Bellos
“Fashionopolis: The Price of Fast Fashion and the Future of Clothes” by Dana Thomas

Sofia Elizondo
“The Lessons of History” by Will and Ariel Durant

Varshini Prakash
“Where Do We Go From Here: Chaos or Community?” by Martin Luther King, Jr.