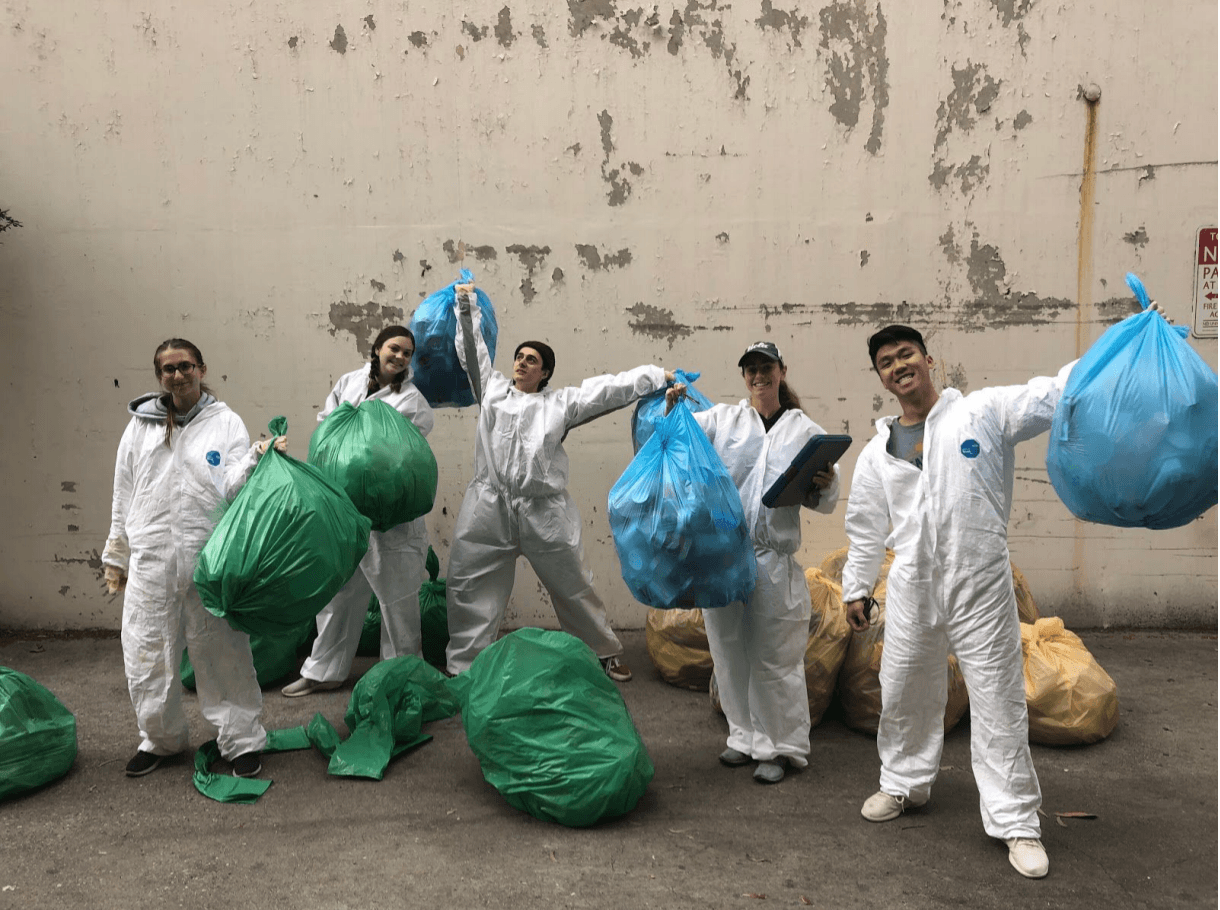 After our first scheduled waste audit fell through week 6 (after the waste was picked up before we arrived), the Zero Waste team was able to successfully complete our first waste audit at Young Research Library (YRL) on Wednesday, February 20th!

We gathered the bags collected from YRL trash cans on February 19th and worked from 9AM to 4PM, sorting through as many of the bags as we could. Due to the rescheduling, many of the volunteers who had originally signed up to help were unable to attend, so the majority of the volunteers were made up by just the five of us (special shout out to Shannon and Bonnie for coming to help!).

Participating in the audit was eye opening to how much we contribute to landfills daily. Throughout the day, we found unopened girl scout cookies, a telephone, filled several compost bags full of coffee cups and buckets full of straws and utensils. This audit showed us just how much waste would be preventable by using reusable coffee cup, straws and utensils and diverting waste through compost and recycling.

In total, we sorted fifty-one bags that were originally all going to the landfill. However, by the end of the event only eleven bags were filled with waste that had to be sent to the landfill. We sorted a total of twenty-five bags that were compostable, which shows that if there were compostable bins available in YRL, they would definitely be used. The final thirteen bags were filled with recyclable waste.

Sorting the waste required knowledge on what items are compostable, recyclable, or go to landfill. Most people do not have this knowledge, and even we found ourselves questioning where certain items belonged. As important as it is to have accessible recycling and composting bins, education about how to use them is imperative to ensuring the bins are used properly. We are excited to be working on a research project on effective methods to educate library users on how to sustainably dispose of their waste along with the importance of doing so. 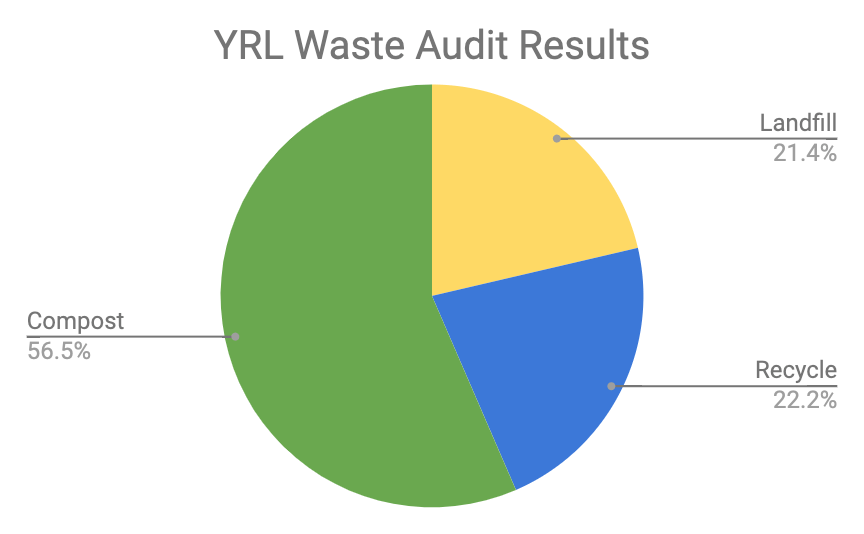 The above graphic shows the results of our waste audit.  We found that 78.7% of the waste we sorted could have been diverted from landfill. 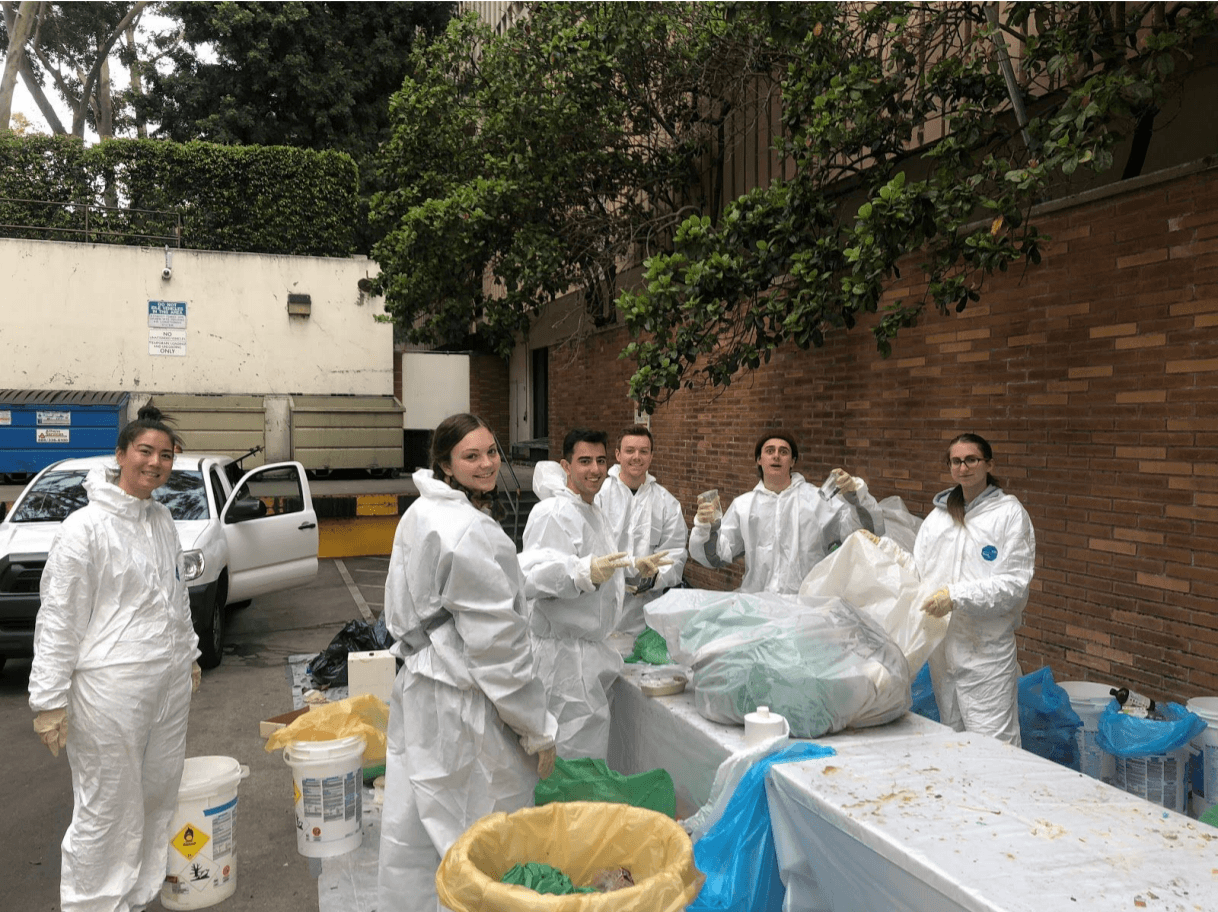 This photo shows our SAR team and volunteers working to empty collected bags and sort them into their proper waste disposal streams.