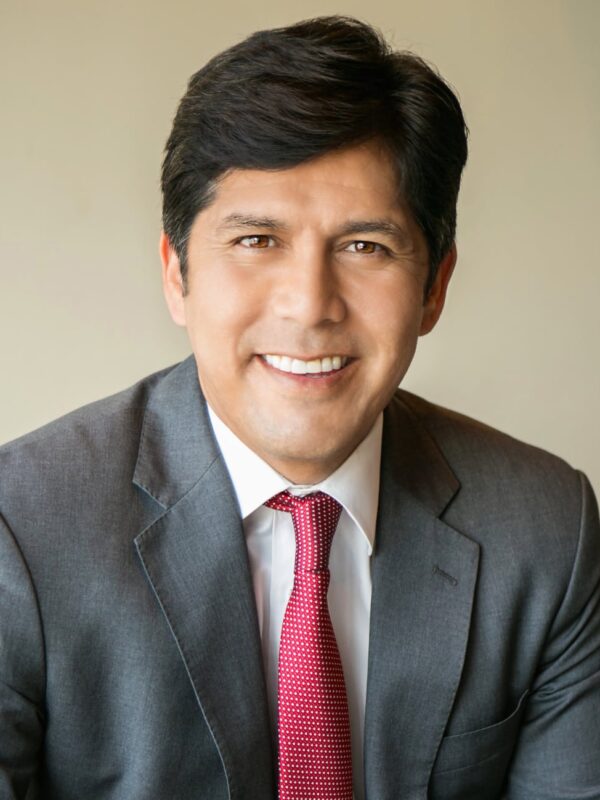 In the course of his career, Kevin de León has been an educator, activist, community organizer, and the first Latino leader of the California State Senate in 130 years. For the last decade, Kevin represented Senate District 24, which overlaps a significant portion of our city council district.

Currently, Kevin is a professor, senior analyst, and distinguished policymaker-in-residence at the UCLA Luskin School of Public Affairs; as well as a Distinguished Fellow for Climate, Environmental Justice and Health with the USC Schwarzenegger Instituted at the University of Southern California.

Kevin de León was elected to the California State Senate in 2010, and in 2014 he was elected by his colleagues to lead the Senate, making him the first Latino to serve as President pro Tempore in over a century. Before his election to the Senate, Kevin served four years in the State Assembly.

During his time as President pro Tempore of the California State Senate, Kevin secured more than $68 million to revitalize the Los Angeles River, $176 million to clean up toxic waste around the former Exide Technologies facility, funding for more than a dozen new parks, and $26 million to complete the Los Angeles State Historic Park. He appropriated tens of millions of dollars to make Los Angeles schools more energy-efficient through Prop 39, bringing relief to city taxpayers. Kevin also authored Proposition 68, to keep drinking water clean and open new parks throughout the state. As author of Proposition 2, he secured the largest financial investment to build permanent supportive housing for Californians experiencing homelessness, especially in Los Angeles.

Prior to being elected to public office, Kevin worked as a community organizer and also as a teacher, teaching English as a Second Language and U.S. Citizenship. Working for the National Education Association and the California Teachers Association, Kevin advocated to improve funding for schools in low-income neighborhoods, modernize school facilities, and expand health insurance for children. He fought schemes to take funds from public schools through taxpayer-funded vouchers and academic censorship in public schools.

Kevin is the son of a single, immigrant mother, who supported her family working as a house-keeper, among other jobs. Kevin was the first in his family to graduate from high school and college. He attended U.C. Santa Barbara and graduated from Pitzer College with honors.