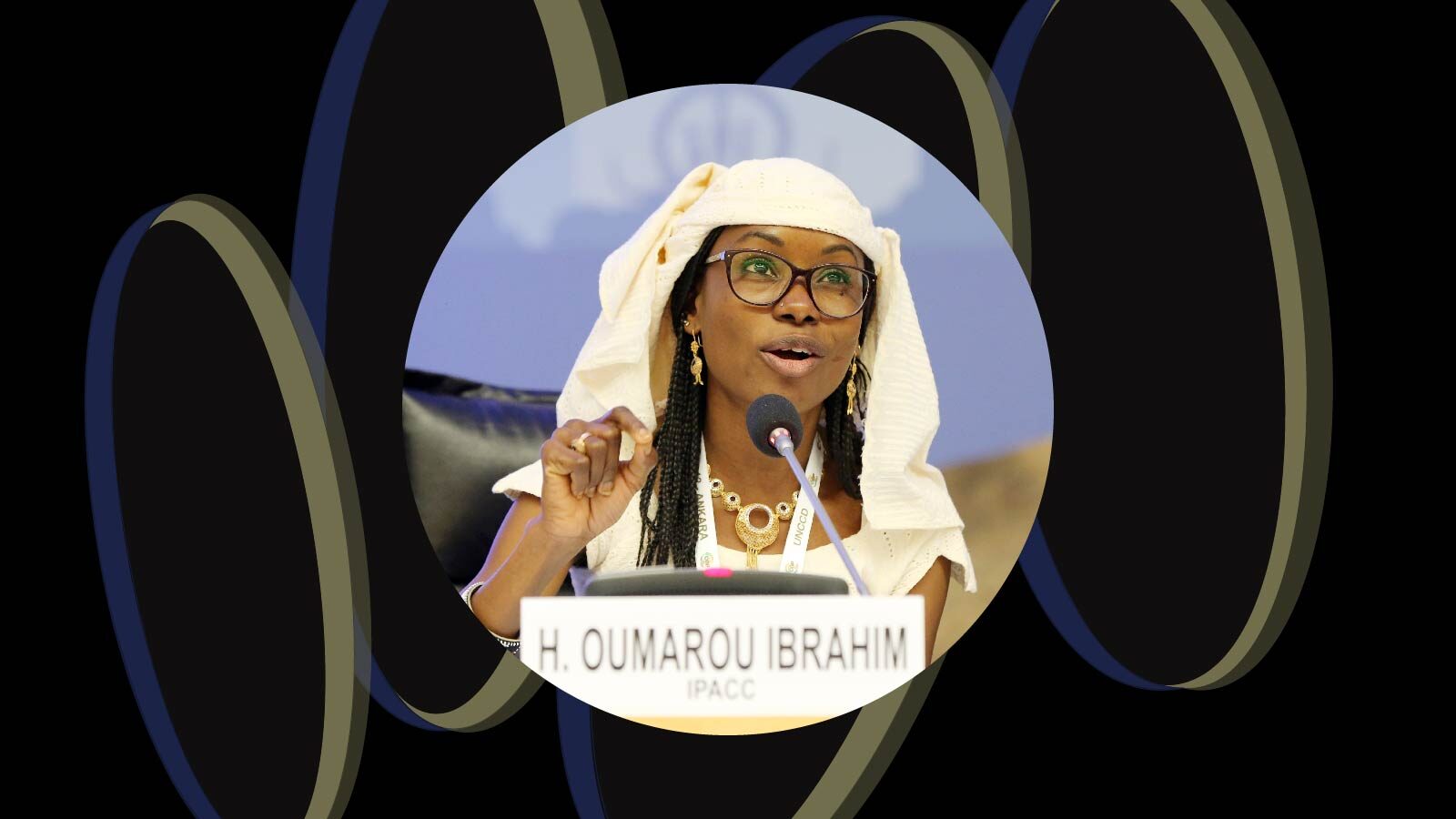 Indigenous peoples on the front line of the climate crisis

Climate change is inflicting a terrible humanitarian crisis on my people. The Mbororo are pastoralists that live across all the lake Chad countries. They are among the 40 million people, mostly cattle herders, farmers and fishermen, in Africa’s Sahel region who depend on the waters of Lake Chad for their livelihoods. When I was born in the early 1980s, Lake Chad covered 10,000 square kilometers and was one of Africa’s five largest fresh water reservoirs. Today, the lake is only 1,250 square kilometers – almost 90 percent has disappeared in my lifetime.

Fortunately, I am blessed to be in a position to help. In my nomadic community, which moves from one place to another, following the rhythm of the seasons and the rain to feed our cows, there are no schools or hospitals. Mbororo kids don’t usually go to school – especially girls. But thanks to my mom’s courage and dedication, I was able to get an education. My mom was determined to give her children a chance for a better life, even though it meant fighting with my dad and the whole community for her choice.

The education I received made me realize how indigenous peoples were marginalized in my country and all over the world. So I decided, when I was fifteen to create an association to fight for indigenous people’s rights. That naturally led me to focus on protecting the environment, since by the late 1990s the impact of climate change was getting more and more visible in the Sahel.

In the Sahel, the average temperature has increased by more than 1.5°C over the last century. Climate change is adding to poverty every day, with drought, floods and desertification becoming the new reality. Shrinking natural resources even lead to conflicts between farmers, cattle herders and fishermen – some turning deadly – as people fight for their survival. Just this year, we saw multiple massacres of pastoralists by farmers or of farmers by pastoralists, with hundreds killed, as a dramatic consequence of climate change.

All over the world, indigenous peoples, my people, are on the frontline of the climate crisis. But they are not just victims. They have so much to bring to this collective global fight. Over centuries of living in the heart of ecosystems, indigenous communities have accumulated knowledge that can be a powerful weapon for fighting climate change and protecting our environment. In the islands of the Pacific, grandfathers know what fruit can be the only source of food after a typhoon– and where to find them. In the forests of the Amazon, indigenous peoples take care of the land with the greatest concentration of diverse species on earth. In Chad, the cattle herds of my uncles and aunts help combat desertification with their annual migration by restoring the fragile ecosystems.

Over the last decade, I have worked with indigenous communities on the ground and at the international level to give a voice to those who are never heard and to make governments and the private sector listen. I was often the only woman in the room, and frequently the only indigenous people’s representative, but I continued to speak out to elevate the voice  for my peoples. When I was the co-chair of the international indigenous peoples’ forum on climate change for four years, I successfully advocated for the recognition of indigenous peoples as a solution for climate change, and negotiated directly with government leaders to incorporate indigenous traditional knowledge directly in the Paris Agreement. In 2016, we launched a platform at the international level to protect and share indigenous knowledge, that will help countries in finding concrete solutions to mitigate climate change and adapt to its impacts.

At the local level, I developed 3D participatory mapping of natural resources, a unique technology that allowed everyone in the different communities to come together to create a map of all the natural resources of an area. It’s amazing to see women and men who have never been to school working jointly to build 3D maps that share critical knowledge, like where fresh water can be found even in the worst days of a drought. But the most interesting aspect of this project is that it helps to reduce conflict and tension between communities. I’m from a region where people can fight for a piece of land, because their survival – and the survival of their family – depends on it. When communities learn to map, protect and share natural resources, all together, they are not only protecting nature, they are also building peace.

That’s my favorite part of this job: I love to spend time in my community, discovering all the knowledge about birds, clouds and plants that help predict the weather or to cure some sickness. In Africa we say, “When an old woman disappears, it’s a library that is burning.” So I see myself not only as an activist who fights for our planet, but also as librarian, hoping to be able to transmit vital knowledge to my great-grandchildren just like my grandmother did.