Buck talks about her new book at UCLA School of Law on Feb. 18

Whether building bridges to connect people, inventing drugs to save lives or splitting atoms to power cities, many of humanity’s biggest leaps have come from engineers.

Slowing the effects of climate change may require the biggest leap yet.

Geoengineering may be the springboard that propels that leap. It is the idea of designing and deploying tweaks to Earth’s natural systems to counteract climate change. Questions remain. What about unintended consequences? Exploring solutions to a problem as complicated and far-reaching as climate change is unlikely to be successful if the answer comes from engineers only.

Holly Buck is a writer, geographer and environmental social scientist who studies the problem. Her new book, After Geoengineering, adds social dimensions that have previously been left out of the relatively new field. In anticipation of her upcoming book talk, which will be hosted by UCLA School of Law on February 18, we sat down with Holly to unpack the issue.

COLIN: Hi Holly. Can you first give us a quick overview of geoengineering? 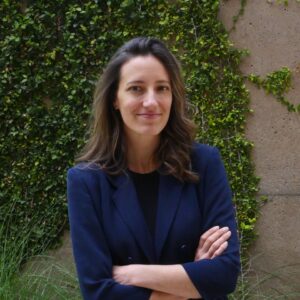 HOLLY BUCK: The term geoengineering started to gain more attention about a decade ago, and it describes technologies or techniques that could cool the earth intentionally at a planetary scale.

There are two broad ways researchers think about doing that. One is solar radiation management, or solar geoengineering. That involves reflecting a fraction of incoming sunlight back into space, which would have a global cooling effect. The main strategy being researched is dispersing reflective aerosols into the stratosphere.

Another approach, which gets more to the root of the problem, is removing carbon from the atmosphere to be stored in ecosystems or underground. There are a number of ways that can be achieved. People are interested in planting forests and storing more carbon in soils. These are great near-term opportunities with potential co-benefits for farmers and ecosystems. But those methods are constrained by land availability and other factors. There’s also geological carbon sequestration, which uses large facilities to capture carbon from industrial sources or directly from the air, and transports it to be injected underground where it can be stored permanently. That’s receiving a lot of attention from policymakers and private companies right now.

In 2009, I went to an event in Washington D.C. put together by the American Enterprise Institute, a conservative think tank. They were talking about geoengineering as a cheap solution to climate change. There were a lot of serious, interested people in the room and it made me realize that this is a climate policy issue that’s not going to go away. There was a question during the question and answer segment about how people in other countries feel about the idea. Nobody on the panel could answer it, so I thought, “somebody needs to look into that.”

What are the main points of enthusiasm and debate you hear in conversations about geoengineering?

It’s very different with solar geoengineering versus carbon removal. There’s a discourse coalition including labor unions, people in industry and big environmental NGOs who all see the need for scaling up carbon removal. Solar geoengineering hasn’t gotten as much attention because it’s seen as a last-ditch, risky measure. There are debates around funding — who should be funding it, what that funding be going towards — and around conducting field experiments in the open atmosphere, which some see as a dangerous line to cross.

Do you have a take one way or the other?

For solar geoengineering, a publicly funded research program would be a really good idea. There are two alternatives. One is that nobody does the research and then, later on, if we fall into a worse climate scenario, future politicians will grab for this as an emergency solution when the research hasn’t been done. I’d like to avoid that scenario. The other suboptimal scenario is that research gets funded by private interests, so where the money goes and who it goes to isn’t transparent. It would be much better to have a publicly funded research program with transparency, oversight and accountability to the public.

Do you think anything is underrepresented in these conversations?

A lot of social elements. This is particularly true for carbon removal. You see calculations around technical potential, but people say the social implications or policy dimensions are outside their focus. The social part is viewed as a set of constraints imposed upon the technology. That’s been the dominant paradigm, and I think it’s a missed opportunity — these techniques could be designed in ways that benefit communities, particularly rural ones facing socio-economic challenges.

I also think carbon removal and solar geoengineering face a lot of issues we’ve seen elsewhere in science and technology. The conversations lack representation of diverse voices when it comes to race, gender and class. Many of the visions emerge from a very small, elite group and that has definite implications for how they evolve.

When someone opens your book, the first thing they might notice is the choose-your-own-adventure motif in your introduction. And throughout the book you mix speculative fiction with straight science. Can you talk a little bit about why you chose that style?

I wanted to highlight that there are multiple climate futures — and that lived experiences of people don’t just depend on which technology is picked. They depend on how the technology is designed, what policy grows up around it, who’s bearing the risks, who’s profiting. Those are things you can’t really get if you look at graphs of climate projection or CO2 removals. We’ve heard “speculative fiction is going to be like this” or “serious science journalism is going to be like this,” so if you have a hybrid form that combines them, I think it can throw people off. But that’s kind of by design — to say “we’ve been looking at climate change within this environmental box” or “we look at these technologies in terms of technology.” I wanted to challenge that. The climate crisis is really about values, how we’re living with the earth and each other. If it was just straight reporting what a bunch of scientists said, it wouldn’t get at those dimensions.

The title is “After Geoengineering.” Why do you think it’s important to direct our focus to the period after something that already feels futuristic?

I meant that in two senses. One is that we need to get rid of the term geoengineering and think about what replaces it, whether that means speaking with greater precision about these techniques or creating a new umbrella term that‘s more accurate. Nobody actually thinks it’s possible to engineer planetary systems. The other sense is there’s been so much focus on geoengineering as this moment where we flip the switch and turn it on.

We need to think about the end game. Especially with solar geoengineering, what is it buying time for? Fossil fuel companies to continue to profit? Or time to save species? The political choices, the policy, the research — it all needs to be done with clarity on those aims. If we think we’re doing all this for climate restoration when really it’s about continued fossil fuel extraction, that’s going to be a really hard reckoning in 10 or 20 years when it turns out not enough carbon has been removed.