In celebration of Women’s History Month, a look at those who are challenging norms, dispelling stereotypes and celebrating diversity.

Women are revolutionizing environmental science at UCLA and around the world. As they conduct important research in the field, they each have a unique perspective on what it’s like to be a woman in the environmental movement.

Aradhna Tripati, a renowned climate researcher and associate professor affiliated with UCLA’s Institute of the Environment and Sustainability, researches how ancient climates can suggest potential solutions to current environmental challenges. She is one of many women in leadership positions at UCLA who are breaking barriers.

Tripati founded the Center for Diverse Leadership in Science as a way to open the environmental science field to women and people with different identities. The center builds a consortium among early career scientists who aim to implement environmental solutions and policies. Notably, Tripati and the center support young scholars and organizers in STEM (science, technology, engineering and math), building a community among people with intersecting identities in the environmental realm.

Tripati is not alone. Women from all walks of life are increasingly more prominent and influential in the growing environmental movement.

Marilyn Raphael, professor of geography, was integral to the creation of UCLA’s Institute of the Environment and Sustainability, where she currently serves as interim director. To her, diversity creates a more just and equitable world. Raphael plans to renew the institute’s commitment to attracting and retaining diverse students and professors, and she wants to bring junior scientists into leadership roles.

In February, Raphael was elected as vice president of the American Association of Geographers, the largest geography society in the world, with more than 12,000 members. She also leads the international group Antarctic Sea Ice Professors in Climate, and she is working to advance research in the area.

Raphael attributes her reputation for leadership to her groundwork in research and her relationships with peers.

“I don’t lead with a whip,” Raphael said. “I lead by pulling people together with me.”

Every year, the Institute of the Environment and Sustainability presents the Pritzker Emerging Environmental Genius Award, which honors innovators under the age of 40 who are poised to address global concerns. The institute presented the 2020 award to Clara Pratte, a Navajo advocate for tribal communities who ensures that prospective clean energy projects serve her community’s needs.

She is part of the leadership team of Navajo Power, a public benefit corporation that develops clean energy projects on tribal lands. Each gigawatt of solar development provides $100 million to the Navajo Nation central government. Pratte’s efforts are accelerating the transition from coal on Navajo lands as well as creating community wealth and about 2,000 temporary construction jobs.

Women in leadership, such as Stephanie Pincetl, the founding director of the California Center for Sustainable Communities at UCLA, are creating inclusive communities that promote equality, respect and care for all individuals. Pincetl focuses on equitable strategies to reduce human impacts on the planet. As California transitions to renewable energy resources, as mandated by bill SB 100, Pincetl urges policymakers to consider how under-resourced communities will be affected. She explores the unequal distribution of energy use across incomes and recognizes that low-income communities don’t benefit as much as high-income communities from public incentive programs aimed at reducing emissions.

Pincetl believes women aren’t more compassionate for the environment just because they’re women, but it’s because they are more aware of pain and suffering.

“We need to make space for a pluriverse,” she said. “Men need to realize that they too are motivated by love, hate and passion. We are all humans combating climate change together.”

Tripati agrees: “Women should not be the only group shouldering the burden of restoring the planet they didn’t destroy alone.”

In the environmental workforce, there is still a lack of female representation. Historically, women have been underrepresented in fields involving hard sciences and mathematics, leading to a male-dominated atmosphere that drives some women to abandon their academic or professional careers.

Danielle Hoague, a second-year doctoral student at UCLA, researches the exchange between scientific knowledge and community activism. However, due to racial and gender stereotypes, some people question her work, as though she is not familiar with her own field of study.

“We need to change gender norms, and eliminate the binary and the notion that environmental science has to be a boys club,” Hoague said.

By reflecting on the women who came before her, Hoague has persevered through difficult times. She believes the field needs to become more inclusive and recognize the contributions of women.

Hoague, who is passionate about bringing other women and people of color into the environmental science field, helps undergraduates with grad school applications and dealing with negative stereotypes.

Confronting the climate crisis will require that people — regardless of gender — change their behaviors and thinking. 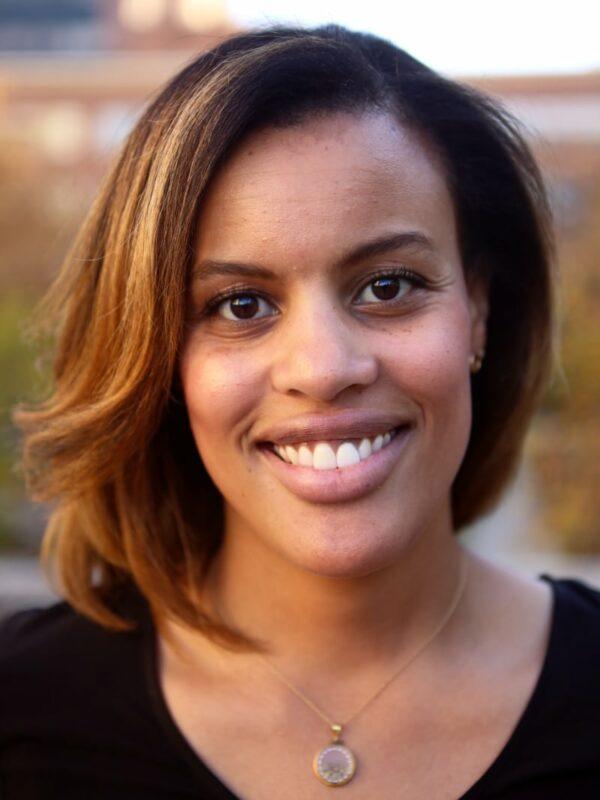