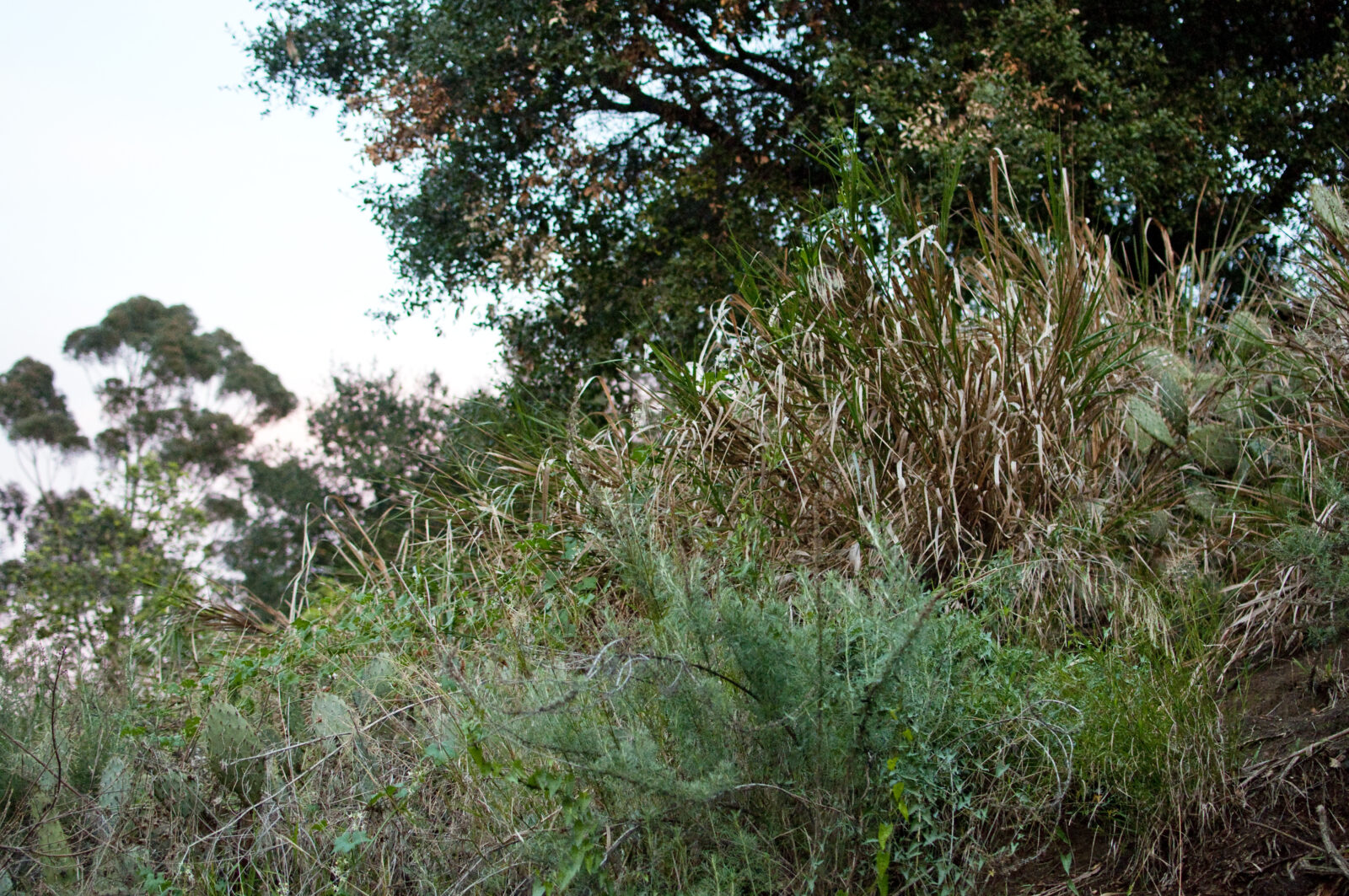 Just behind Parking Structure 11 and the Hitch residential complex on the northwest tip of campus is a four-acre patch of land.

Known as Sage Hill, UCLA geographers have designated the area as the only functioning ecosystem of native Californian plants and animals on campus.

Professors take students on official field trips to the area at least once a quarter, and use the land to teach students how to take soil samples and biological inventories.

“Sometimes I’ll teach a class with 300 kids, and a lot of these kids have never been out in nature, period,” said geography professor Thomas Gillespie. “A lot of students have their first interaction with native plants and animals out there.”

The area faces two opposing pressures, however—the invasion of non-native plant species and the potential expansion of the UCLA campus.

Seeds from non-native species migrate there over time. Gillespie often teaches students the difference between the plants and helps with the removal of those species, he said.

The invasive species affect the integrity of the site as a home to an ecosystem for native Californian plants and animals, Gillespie said.

The area is also reportedly under consideration for development. A donor has shown interest in developing the land for athletic purposes, said Travis Longcore, an adjunct professor at the UCLA Institute of the Environment and Sustainability and a science director for Urban Wildlands group, a nonprofit organization.

As science director of the group, Longcore was contacted by on-campus developers about the potential environmental impact of building an Olympic-sized archery range and a 5,000 square-foot clubhouse on portions of Sage Hill.

Discussions are currently underway regarding the building of an archery range “somewhere along Veteran Avenue,” said Brad Erickson, executive director of UCLA Campus Service Enterprises. He added that these plans are still in a conceptual stage, and no formal planning process has begun.

University spokesman Phil Hampton also confirmed that the university is considering utilizing donated funds to provide what he described as much-needed recreational space on the northwest side of campus.

UCLA is aware that some areas on that side of campus are used for class projects, Hampton said.

Longcore said the project would involve cutting down 80- to 90-year-old sycamores—trees that have been there since the university was built. He also added that he is opposed to any building project on Sage Hill.

“The area is valuable to educators and students alike, and destroying portions of the land for building is a concerning prospect,” Longcore said.

Hampton said no formal proposal yet exists. He added that faculty representatives were being consulted on the matter.