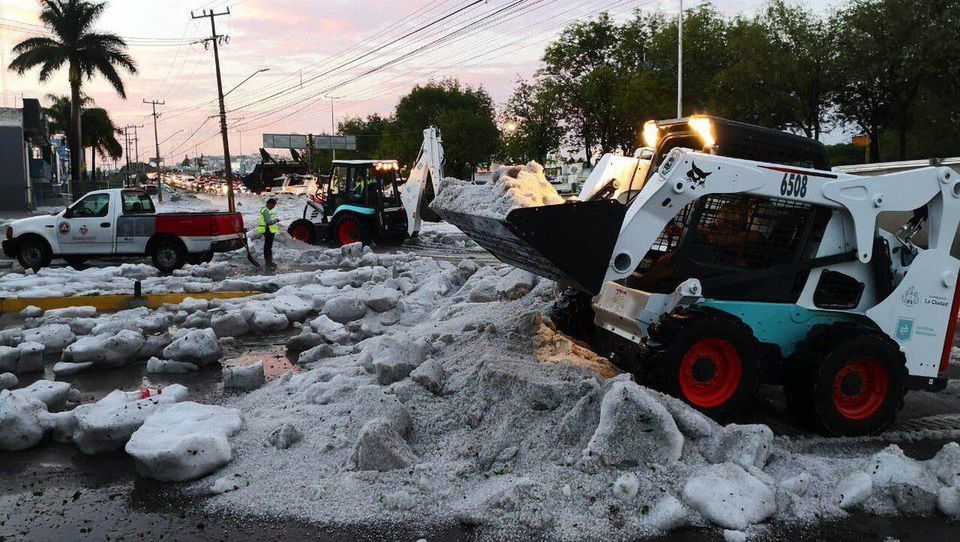 Daniel Swain in Forbes: Why Caution Is Needed With Those Hail Pictures In Mexico

Climatologist Daniel Swain offers some cautionary thoughts about images of hail from Mexico. Swain is a climate scientist at the University of California-Los Angeles (UCLA). He told me in a message:

It was clearly a dramatic and extremely impressive event with major local impacts–but I think the physical characteristics have been fundamentally mischaracterized. I have no doubt there were 1-2 meter hail drifts in some spots (photos attest to that)–but those drifts were clearly created by flash flooding down streets and culverts in a highly urbanized area. (A strong clue are the cars stacked on top of each other–water did that, not hail!). Come to think of it, the physical constraints of a single storm dropping 6+ feet of actual solid ice would probably be prohibitive anywhere on Earth, I would think. I don’t know the exact numbers, but even just considering the amount of column water or the vertical forces required to loft that much solid water…well, suffice it to say it would stretch credulity.