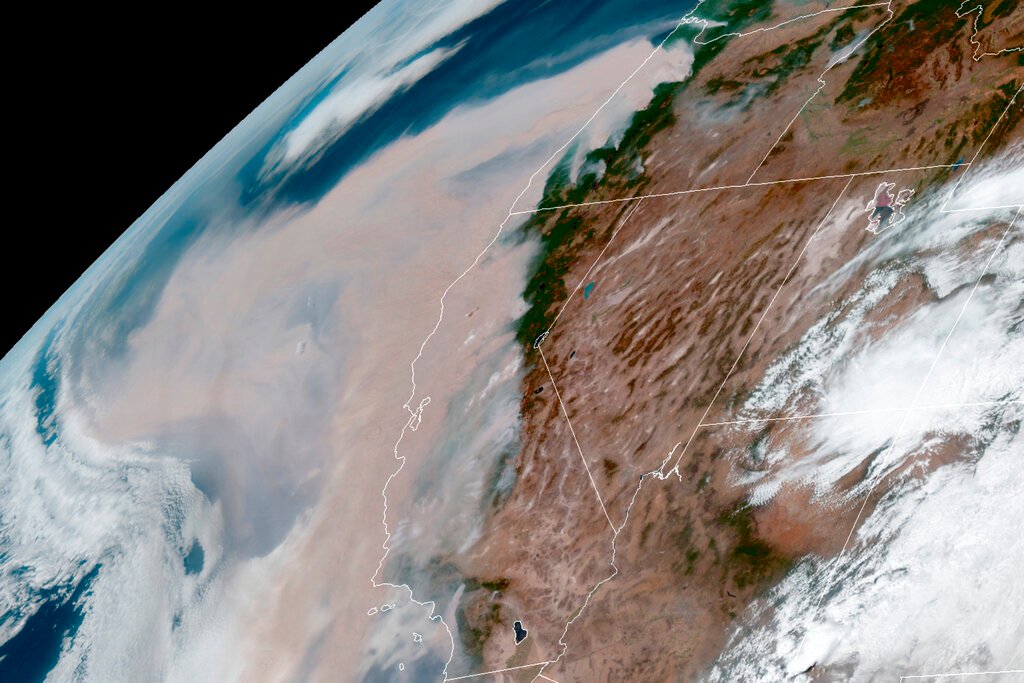 For the better part of a month, fires from across the western United States have filled the skies with smoke and ash, creating unhealthy air conditions for millions of Americans.  Daniel Swain, a climate scientist, spotted a plume of ash on Wednesday reaching the mid-level of the atmosphere and swirling in a cyclone-like movement above California.  This is a meteorological feature he doesn’t think he’s seen before.