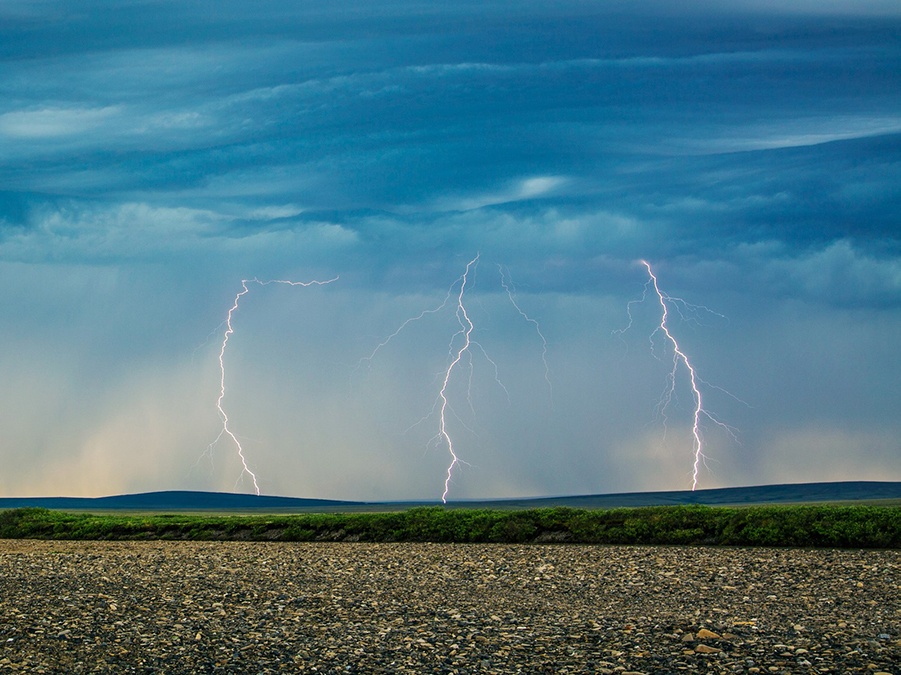 It’s an indication that things are changing rapidly in the Arctic, UCLA climate scientist Daniel Swain tells Matt Simon at Wired. He explains that typically convective storm clouds need to rise to a minimum of 15,000 feet to produce a thunderstorm. In lower latitudes, that’s not a problem. Heat and humidity are high enough to allow the clouds to form and the tropopause—the boundary between the troposphere and stratosphere—is about 10 miles up, giving large storms plenty of room to form. In the Arctic, however, the tropopause sits around five miles, creating a relatively short ceiling, which makes it much harder for storm clouds to build.