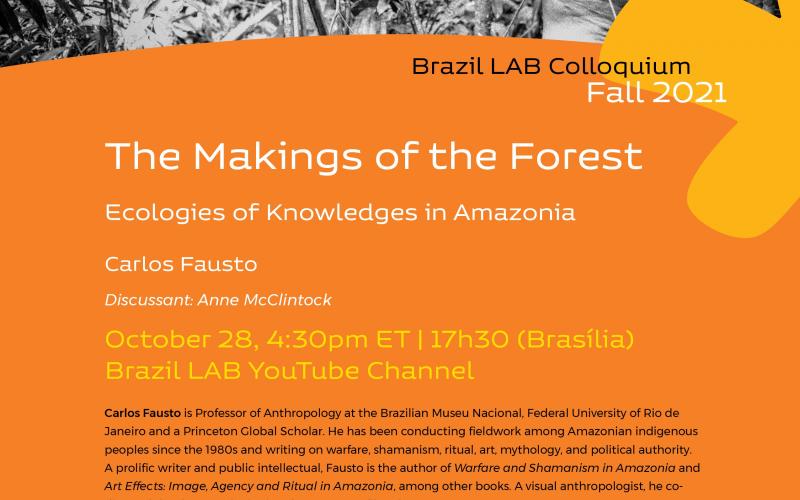 The Makings of the Forest: Ecologies of Knowledges in Amazonia

Carlos Fausto is Professor of Anthropology at the Brazilian Museu Nacional, Federal University of Rio de Janeiro and a Princeton Global Scholar. He has been conducting fieldwork among Amazonian indigenous peoples since the 1980s and writing on warfare, shamanism, ritual, art, mythology, and political authority. A prolific writer and public intellectual, Fausto is the author of Warfare and Shamanism in Amazonia and Art Effects: Image, Agency and Ritual in Amazonia, among other books. A visual anthropologist, he co-directed the the award-winning documentary film The Hyperwomen.

Anne McClintock is the A. Barton Hepburn Professor in Gender and Sexuality Studies at Princeton University and is on the Executive Committee of the Program in American Studies and is an Affiliate at the High Meadows Environmental Institute. Her interdisciplinary and transnational work explores the intersections between race, gender and sexualities; imperialism and globalization. McClintock is a public writer, photographer and activist, and is the author of numerous books and articles, including Imperial Leather: Race, Gender and Sexuality in the Colonial Contest.