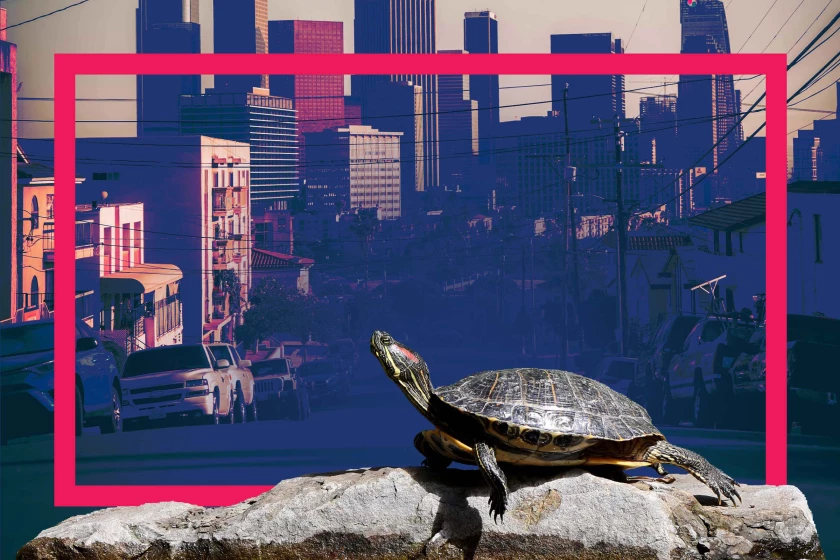 What’s the deal with all the turtles in Los Angeles parks?

Brad Shaffer, director of the UCLA La Kretz Center for California Conservation Science and Distinguished Professor in the Department of Ecology and Evolutionary Biology, was interviewed for a recent article in the LA Times, “What’s the deal with all the turtles in Los Angeles parks?”

Once upon a time, the native southwestern pond turtle “used to be all through the rivers and streams of the greater L.A. basin,” said Shaffer.

Flashing forward to today, most of the turtles you see in city parks across Los Angeles aren’t native to California. It’s only possible to see the southwestern pond turtle in a few isolated places in L.A. County — and it’s a candidate for listing under the U.S. Endangered Species Act.

“Among the top five threats to [southwestern pond turtles], most impacts are associated with, and potentially driven by, climate change,” concluded a paper authored by three IoES senior practicum students, including lead author Stephanie Manzo, and published last year in the Journal of Fish and Wildlife Management.