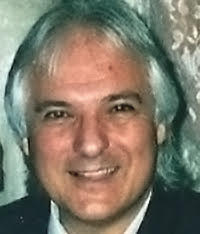 Carl Maida is a professor of public health at UCLA School of Dentistry, where he teaches medical anthropology and scientific research ethics in the Graduate Program in Oral Biology. His research on how community-scale crises, including natural hazards, community toxics, and disease epidemics impact urban populations is the subject of a recent book, Pathways Through Crisis: Urban Risk and Public Culture (2008). At UCLA Geffen School of Medicine, he conducts studies of the impact of natural disaster on children, adolescents, and their families as a member of the National Center for Child Traumatic Stress, and as a member of the UCLA AIDS Institute, among persons living with HIV. At UCLA Institute of the Environment, he teaches courses on action research in urban sustainability. He is a partner in a community-based participatory research project, Community Action for a Renewed Environment (CARE) Program–Reducing Toxic Risks, funded by the U.S. Environmental Protection Agency. His recent book, Sustainability and Communities of Place (2007) explores sustainable development as a local practice, worldwide. He is a member of the UCLA Campus Sustainability Committee, and chairs its Academic Subcommittee. He is a Fellow of the American Association for the Advancement of Science, the American Anthropological Association, and the Society for Applied Anthropology.

Carl A. Maida, ed. Sustainability and Communities of Place (Series in Environmental Anthropology and Ethnobiology).Berghahn Books, New York and Oxford, 2007.

Barbara Yablon Maida & Carl A. Maida. “Quality Of Life, Sustainability, and Urbanization of the Oxnard Plain, California,” in Sustainability and Communities of Place, Carl A. Maida, editor.Berghahn Books, New York and Oxford, 2007.

Carl A. Maida. “Expert and Lay Knowledge in Pacoima: Anthropology and an Essential Tension in Community-Based Participatory Action Research,” Anthropology in Action (in press).
Carl A. Maida. “Crisis and Collective Memory: Kurt Lewin and the Understanding of Behavior in Extreme Situations,” in Perspectives on Kurt Lewin – to Year 2017, Fred Massarik, editor. Behavioral Science Research Associates Press, Los Angeles (in press).