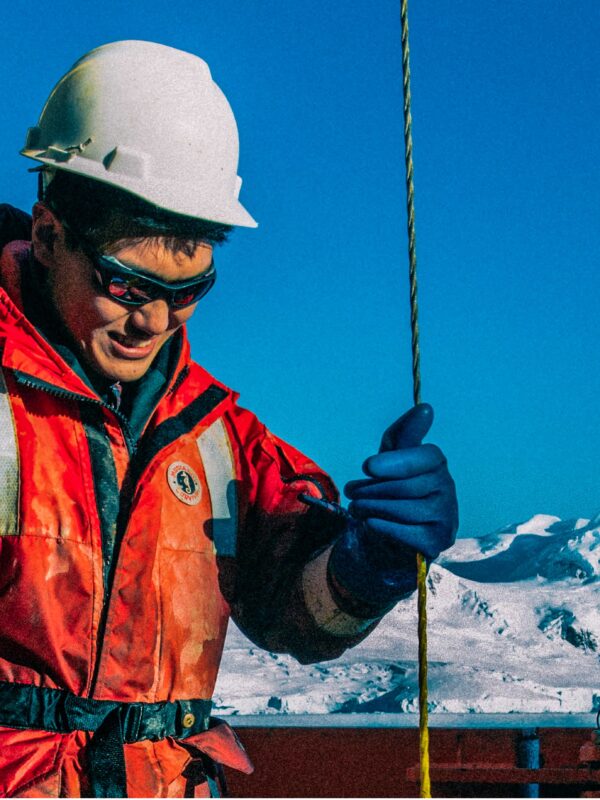 Jack Pan is an oceanographer, data scientist and entrepreneur at the forefront of climate change and sustainable energy. He has pioneered new ways to track glacial meltwater in the polar regions using satellite imagery and advanced machine learning. These techniques help decision-makers and stakeholders to better understand, predict and respond to a changing climate. Jack is also the founder and CEO of Ocean Motion Technologies — a wave energy company that has received support from the United States Department of Energy, the California Energy Commission, and the Eastman Foundation. Ocean Motion is a Blue Tech company in the early stages of powering a paradigm shift to Big Blue Data and the Ocean of Things. It focuses on meeting power demands for big data at sea in ocean observation for tracking climate change, offshore aquaculture monitoring, and surveillance for coastal security applications. Jack is an advocate for an interconnected blue economy, and he is currently serving on the board of the Maritime Alliance and the Marine Technology Society’s SD Chapter.

In addition, Jack is also a fellow at NASA’s Jet Propulsion Laboratory where he works on satellite remote sensing projects for monitoring coastal oceans. As a polar oceanographer, Jack has participated in several expeditions to Antarctica and is a recipient of the Antarctica Service Medal. He is also an avid traveler and photographer. Jack received his Ph.D. from the Scripps Institution of Oceanography.