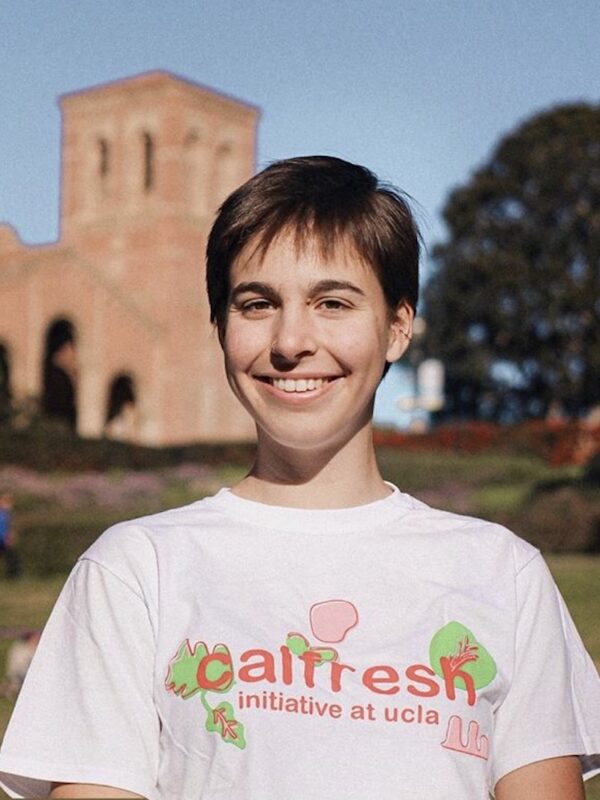 Léa Le Rouzo is a fourth year Environmental Science major with minors in Geography / Environmental Studies and Food Studies. Originally from Grenoble, France, she grew up near Sacramento where she came to love over 100 degree weather, rivers, and the noteworthy amount of urban trees. Lea also works for the CalFresh Initiative at UCLA alongside other students to increase food security on campus. Outside of SAR and CalFresh, Lea loves spending time gardening, hiking, floating in the Pacific Ocean any time of year, and eating pita with baba ghanoush. She joined SAR her second year as a member of the Native Landscaping Team and became one of the Resilience Team leads during her third year. Now, she serves as one of the directors of the program and feels lucky to have been part of the program for the last three years.