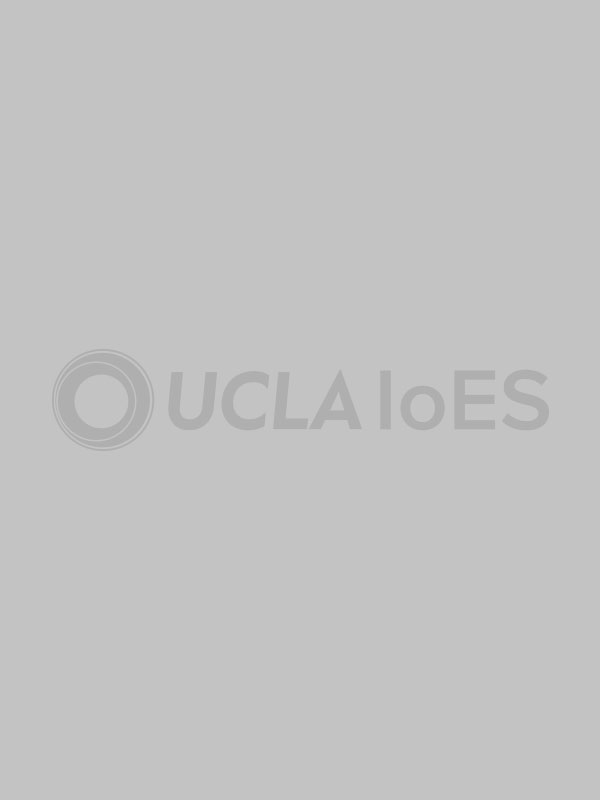 Department of Atmospheric and Oceanic Sciences

Richard Turco, now retired from active research and teaching at UCLA, is the founding Director of UCLA’s Institute of the Environment and Sustainability (IoES). Turco worked to establish the IoES (originally, the IoE) alongside a like-minded group of concerned and dedicated faculty representing UCLA’s diverse disciplinary landscape. The IoES arose at a time when a number of serious planetary scale environmental issues –– including ozone layer depletion, global climate warming, and sustained Earth habitability –– were taking center stage internationally. Turco and colleagues felt strongly that a top-flight university like UCLA could, and should, take a lead in the quest to understand and mitigate such existential threats to human civilization. The modern IoES, which has evolved from those early beginnings, is today a broad and powerful agent for environmental truth and equity.

Turco joined the UCLA faculty in 1988, and built a wide-ranging research group focusing on environmental problems. His work addressed stratospheric ozone depletion, urban air pollution, and aerosol climatic impacts, among other scientific questions. As a member of the Department of Atmospheric and Oceanic Sciences, and the Institute of Geophysics and Planetary Physics, Turco was well placed to organize a multidisciplinary academic program confronting what at the time was referred to as ‘global change.’

Turco proposed and managed a number of major interdisciplinary projects that launched the IoES, including a large-scale research study focusing on the Los Angeles Basin Watershed, supported by the Environmental Protection Agency; a related GIS data processing laboratory (the Regional Environmental Assessment Lab –– REAL-GIS), sponsored by Intel, Microsoft and Dell, was also developed. GLOBE in the City, an NSF-funded project carried out with faculty, students and staff from the Graduate School of Education and Information Studies, introduced high school classes across Los Angeles to the science and practice of air quality monitoring and analysis (GLOBE, Global Learning and Observation to Benefit the Environment, is a program initiated by then Vice President Al Gore). Turco also collaborated with faculty and students at the Anderson School of Management to organize and execute a novel state-funded economic-based assessment of pollutant emissions associated with the Hollywood Film Industry. More expansively, Turco inaugurated the IoES’s annual Southern Californian Environmental Report Card, which sought to connect research at UCLA with environmental interests throughout the region.

La Kretz Hall, home of the IoES, was built and occupied during Turco’s directorship, and the initial coterie of motivated faculty were recruited to launch the program. The first proposal for an IoES PhD program, in Environmental Systems and Analysis, was organized by Turco in the early 2000’s.

Turco currently resides on a 20-acre ‘ranch’ in the Tehachapi Mountains north of Los Angeles with his wife, Linda, and (presently) dogs, Lucky and Willy.

UCLA Institute of the Environment and Sustainability receives $1.5 million pledge from founding director