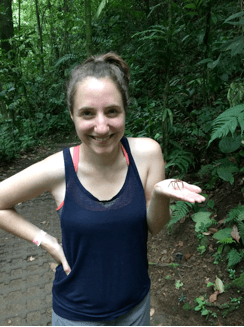 Erin is a Ph.D. student in Brad Shaffer’s lab at UCLA. Her work focuses on conservation and landscape genetics of reptile and amphibian species native to California. Her current project focuses on understanding the drivers of population declines in the Santa Barbara County populations of the California tiger salamander, Ambystoma californiense. Human-mediated pressures (i.e. habitat fragmentation, degradation and loss) appear to have contributed to poor genetic health of these populations, but the exact mechanisms of this problem have not been identified. This project seeks to identify whether poor breeding pond quality or low genetic diversity are contributing to current declines.

Previous support has been awarded for projects focusing on genetic diversity and distribution of the southern alligator lizard, Elgaria multicarinata, in the Santa Monica Mountains and Los Angeles area. I have collected samples, personally and through collaborations, from most of the target region and will have completed genetic sequencing by the end of 2018. My initial citizen science project to collect samples from urban regions of Los Angeles turned out to be logistically infeasible, however, we will have representative samples from the part of the urban matrix which have been collected opportunistically. In lieu of direct community engagement in the project, I have shifted my outreach focus to community events (for example Exploring Your Universe at UCLA). I have developed several outreach modules for these events which focus on local conservation topics and general themes in biodiversity.