Even in countries with plentiful natural resources, communities suffer from a lack of food and income.

In countries with coastlines, there’s a literal ocean of opportunity that remains untapped. This opportunity — known as the blue economy — includes major industries such as fishing, shipping and tourism. The trick is taking advantage of this opportunity to grow the economy and create jobs without damaging ecosystems and depleting the resource, which would make it unsustainable in the long run.

It can’t be done without women.

This was a common theme at the 2018 Sustainable Blue Economy Conference in Nairobi, which I attended. While participation by women in the blue economy is increasing in many places, most of these roles are as support or maintenance staff — with minimal impact on large-scale decision-making. While participation alone is important, it is not enough.

In addition to social justice concerns, leaving women out of decision-making thwarts progress. It leaves potential leaders hidden in the shadows or not even allowed in the room. Excluding approximately 50% of the workforce harms not only those people, but society as a whole. It is well known that problem solving is best done when many perspectives contribute. Sustainable development of the blue economy is no exception.

That was the experience of Aliti Vunisea of the Women in Fisheries Network. She was only permitted to serve tea at meetings in her village in Fiji — she was not allowed to speak. She listened in anyway, and focused her efforts on speaking to global audiences at international conferences and meetings of leaders in the blue economy. Then, as an internationally recognized expert on fisheries, Vunisea got a seat at the table back in her village.

Vunisea overcame the problem through her perseverance to work around the barriers she faced. Her story is inspirational, but it shouldn’t require exceptional effort to have a voice in these important decisions. In communities around the world, women are left behind by patriarchal power structures that make decisions on their behalf.

And, while women are underrepresented in many other situations, the problem is especially pronounced with the blue economy — which is dependent on male-dominated industries such as fishing and shipping. These male-dominated industries need new perspectives, as evidenced by long-standing problems like overfishing and upcoming challenges that will require creative solutions—especially in the face of climate change.

We need leadership from local heroines like her to share how they gained acceptance within their communities and we need to support them in returning to empower their networks. Funding—and then sharing and listening to— women-generated research is a powerful way to amplify women’s voices. There are many other ways to do this, like increasing organization among women already playing roles in the blue economy to negotiate and lobby for inclusive policies; requiring that fishing loans are co-signed by spouses to give women more power; getting women on the boards of financial institutions (as those types of roles last far longer than those of individual projects); and perhaps most importantly, making people of various identities co-designers of these inclusion studies, rather than merely the subjects.

The blue economy currently generates $3-6 trillion each year. Fisheries and aquaculture, which represent only a small subset of the blue economy, generate 260 million jobs across the world annually. But countries like Small Island Developing States often miss out on these profits. Any profits they do get in on are even less likely to make it to their population of women.

There is a lot of potential for solutions that address the intersections of gender equity, economic equity and environmental protection. Developing nations have an enormous opportunity to get it right holistically, rather than repeat the unsuccessful incremental approach many developed countries have taken. Vunisea’s story is a prime example that the intersections of gender and culture (not to mention other parts of peoples’ identities, such as religion or ability) should not be ignored.

In fact, they are strengths, and they must be seen that way for entire communities to realize their potential.

This is just one of the issues we are confronting with Blue Prosperity at UCLA, a project that provides funding and resources to boost small island economies while promoting the conservation of the natural resources around its coast. In partnership with the Waitt Foundation and Waitt Institute, we’re developing resources targeted to assist islands in the South Pacific in sustainably managing their marine resources and related economies.

My role in this large project is to develop a toolkit design that distills findings from various research teams—including business, ecology, fisheries, human capital, legal structures and public policy—into a usable format for natural resource managers. I attended the Nairobi conference to share ideas and to learn what the hottest topics and biggest challenges are in blue economy to inform our work. The answer was overwhelmingly clear: we need to think about how to best draw upon the ideas of women in developing a more harmonious relationship between our use and preservation of the ocean. 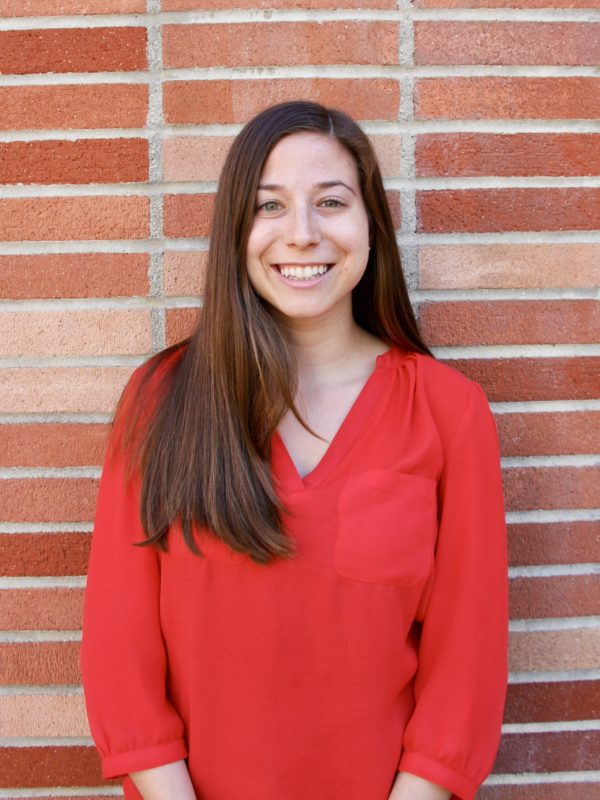