By nature, supply chains remain behind the scenes when compared to visible end products such as cars, sneakers or smartphones. But they produce a large percentage of environmental impacts, including an estimated two-thirds of products’ hazardous waste.

“You have to care about supply chains when you’re trying to do something about sustainability,” Corbett said. “That’s where most of the impacts are.”

It’s easy to understand the impacts of supply chain activities such as mining and transportation. Other impacts are less obvious, Corbett said. He pointed to the carbon footprint of big data. Transmitting data requires immense amounts of energy, an aspect of modern business that recently came to public scrutiny because of the carbon emissions associated with Bitcoin.

Fifty years ago, fossil fuels seemed unlimited and cars getting one mile per gallon of gasoline weren’t considered a problem, Corbett said. Today, the environmental costs of fossil fuels are widely known. He foresees a similar future for big data. In a few years, the environmental impact of storing and transmitting data will be irrefutable.

Chuck Gatchell, a senior leader at Nike, argued that while sales will be the primary concern for most companies, sustainability has also become a top priority. Nike has set ambitious sustainability goals for 2020, aiming to send no footwear waste to landfills, reduce freshwater use in dyeing and finishing by 20 percent, and produce no hazardous chemical discharges. The company also set a goal of using 100 percent renewable energy in all of its facilities by 2025.

Bonnie Nixon, now a Ph.D student, was formerly the director of supply chain social and environmental sustainability for tech giant HP. Consumers need to demand that companies make sustainable choices, she said. For its part, HP reported that 49 percent of its carbon footprint and 23 percent of water footprint was related to supply chain. The company aims to reduce supply chain greenhouse gas emissions 10 percent by 2025 (compared to 2015).

The discussion revealed a major opportunity to make businesses sustainable. Companies already know that supply chains consume huge amounts of energy and water. Many are already taking steps to mitigate those impacts. As more investors, consumers and employees demand better environmental performance, supply chains may offer the best opportunity to do so. Even McDonald’s is getting in on the act, announcing an effort to reduce emissions across its supply chain in March.

TOP IMAGE: An engineer works on an overheated CPU at a Google server farm. | Photo via Google. 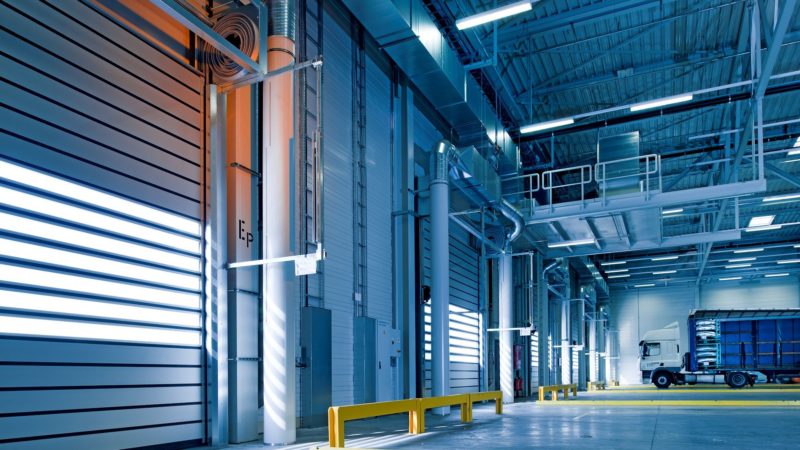