Like every University of California academic program, IoES is committed to research and teaching. But we are also committed to science communication and making a difference, in the spirit of Rachel Carson.

Never was such commitment more needed than now, when support for science at the federal level is weak, and public figures use the phrase “alternate facts” without blushing.

The earth’s atmosphere, ecosystems, our immune systems, brains and much, much more reflect basic physical, chemical and biological processes that we scientists seek to understand. How these processes work is not a matter of opinion or “alternative facts.” It is something to be discovered. Three new scientists will be joining us at IoES next year. They all share a commitment to discovery, sustainability and—importantly—communication.

Pablo Saide (pictured at top) is an atmospheric scientist who uses models to understand the interplay of climate and air quality. His forecasts of severe episodes of degraded air quality have given Chilean authorities a three-day advanced warning that helps them reduce the health impacts of pollution. Pablo also discovered a link between wildfires and the smoke they generate and an increase in tornado frequency. When more than 120 tornadoes swept the southeastern United States on April 27, 2011, killing over 300 people, it was partly due to smoke particles from fires in Central America. The particles drifted north and increased wind shear, which makes tornadoes more likely to form. At UCLA, Pablo will hold a joint appointment with the Department of Atmospheric and Ocean Science in the School of Physical Science. Alan Barreca is an economist who applies a sophisticated understanding of global climate models and public health to assess the economic and health impacts of climate change. Currently, days that average over 80 degrees cause an additional 5,900 deaths every year in the U.S.—a number that could be much higher by the end of the century. Air conditioning currently saves an estimated 20,000 American lives each year on these hot days. In countries like India, where air conditioning is scarce (2% of Indian households have air conditioning compared to 87% of U.S. households), heat waves that include days averaging over 90 degrees can mean a daily toll of several thousand lives in one city alone. The cruel irony is that as air conditioning saves lives, it also demands electricity typically produced by coal in India, thereby exacerbating global warming. Alan’s research has been widely featured by national and international press, including: CNN, Bloomberg, Huffington Post, Mashable, The Independent, CityLab, Reuters, NY Times, Washington Post and even Stephen Colbert. 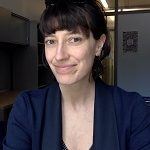 Holly Buck joins Daniel Swain as UCLA’s second NatureNetFellow. Holly will be asking if solar geoengineering could actually work to reduce the nearly six-degree warming that now seems inevitable, as we wait for technology and political action to replace fossil fuels. While many think of geoengineering as too scary to even consider, the realities of six degrees worth of warming may force the unspeakable to be taken seriously. Holly will examine the social and political realities of geoengineering as well as its technical feasibility. She will work with Ted Parson of the Emmett Institute on Climate Change and the Environment. (Check out his Q&A on the international governance of geoengineering).

These new additions are testimony to the fact that something special is happening at UCLA. While the Department of Atmospheric and Ocean Science (AOS) has long been a world leader, it is now clear that building on AOS’s strength, UCLA is fast becoming perhaps the premier university in the world for climate studies, with efforts that link law, policy, public health, biology, economics, physics, big data, chemistry and the humanities. That emerging strength is timely and much needed.