Environmental causes have long benefited from the visibility of famous advocates.

For businesses looking to promote green products, a major turning point came during the Academy Awards at the beginning of the 21st century. As millions watched worldwide, celebrities dressed to the nines climbed out of — not limousines — but hybrid Toyota Priuses.

The architect of that made-for-TV moment was Environmental Media Association (EMA) CEO Debbie Levin, who joins us next week for a panel discussion that will explore strategies to get even more people buying and living sustainably. The event, titled “The Green Bundle,” is the official launch party for UCLA environmental economist Magali Delmas’ new book by the same name.

Although the event is now sold out, we caught up with Levin for a quick conversation about that pivotal moment in green advertising.

Give me a little backstory. How did the idea to put celebrities in Priuses come together and what was the strategy?

DEBBIE: I met some executives from Toyota in 2001. They had just created the Prius and of course, needed to market it. At that time there was a hybrid Honda, too, but it looked like any other Honda. The Prius looked completely different. It said “hybrid” on it, the body was distinct and it had a futurist looking dashboard.

We made a deal that EMA would help create the buzz about the car and make it the cool car for the entertainment industry. The idea was to get celebrities themselves, work with talent agencies and leverage all of our relationships to guide people to buy this car. At the time gas guzzlers were the norm, and our message was that without effort you would have much, much cleaner emissions while visiting the gas station half as much. Our vision was to create the environment that owning the Prius would turn into the chic thing to do because Hollywood was doing it.

We even worked with paparazzi to catch celebrities getting in and out of their cars (hopefully carrying their reusable bags that they also role modeled). Those images in the weeklies were so powerful in bringing the sustainable lifestyle to the forefront. Remember, there was no social media at that time. In 2002, I thought it would be great to get all the celebrities we can — especially those nominated — to arrive at the Oscars, Emmys, Grammys and Golden Globes. And instead of a limo, they were going to arrive in a Prius. Talent was really into this. Obviously, it’s an important thing to do for the planet and they totally understood the story they were sharing by doing this. (Of course, many then purchased the cars themselves.)  These arrivals went on for over a decade. We worked with the Red Carpet Shows to catch the shots of the talent getting out of their car on camera.

The rest is history, as they say, but maybe you can tell us a little about what happened next.

It really took off. You couldn’t get the Prius. Talent would call me, agents would call me, PR agents would call me, business managers would call me. They all wanted to get high up on the list so they could get the car faster. We had the list. I was fortunate to have met Mike Sullivan, who owns both the Toyota dealerships in Hollywood and Santa Monica as well as the Santa Monica Lexus dealership and was able to work closely with them to deliver the cars as fast as I was selling. We did put the influencers on top of the list so we could have them be visible for their choice of vehicle. In turn, that drove up the desirability and the cool factor of the car exponentially. We did this for years. (Actually, still do.) Now, there are a lot more options, of course. But we were able to take a car that became very much in demand and tell a story. You would go to the gas station only every other time, your emissions were cleaner and you were making a statement. So, every time you’re driving the car you’re telling that story.

One year, George Clooney was up for just about everything at the Oscars. He was nominated in the categories of producer, director and actor. We contacted his PR agent to ask if he’s like to arrive in a Hybrid knowing he would be the most photographed that year. We offered him a hybrid Lexus that had just come out or a Prius. His answer to us was, “I absolutely need to have a Prius because I want to make a statement. I want everybody to know that I’m driving a hybrid.” That’s sort of the quintessential example of how talent felt.

That’s what Magali Delmas refers to as the “green signal” in her book. How important do you think that is?

The signal is not only socially acceptable but desirable. Consumers want it so when they get in their car, people see “this is who I am.” That’s what Toyota did so well. They identified from the beginning that what they were doing was different and unique. You could be proud of your choice. The concept spills over into bringing reusable bags to the market and the cleaning products and food you choose to buy. For some reason, when a celebrity talks about non-toxic cleaning products, their fans and followers become aligned with them. It seems that when they talk about politics, people don’t respond the same way. There is not the believability with their vote as it is with their support of sustainable products. Lifestyle things, they’re open to that. They’re proud to be reading labels and using their consumer power to be the message. We seized on the fact that this is such an incredible opportunity to fundamentally change our global consumer process.

You see the Prius literally everywhere in a place like Los Angeles. I can’t help but think that you probably don’t see as many in Middle America, in Trumpland. How do you get those folks to buy in?

Interestingly, Priuses have been popping up everywhere for over a decade. It’s an economical choice, too. They are reasonably priced. EMA, we’re not political at all. We never talk about that. We only talk about how you can have a healthy and potentially cost-saving lifestyle, because people have kids, a family, everybody has to go to the market, everybody has to pay for their housing.

We held the EMA IMPACT Summit for two days at the end of May and invited Ben Stein to be on one of our panelists. Ben is a really conservative guy — Republican, the whole thing. We wanted a different opinion. He started talking about how climate change is something we made up, that it’s just something that happens over Earth’s billions of years of existence. But he loves nature and open spaces. He doesn’t want to see any of that harmed. After a really lively conversation, he wrapped things up beautifully by saying “You know what, I don’t really care what your opinion is. I’ve got my opinion. I just want to know that I’ve got a place to take my grandchildren and walk around and see all the beautiful natural resources.” Who doesn’t want that? Exactly.

There are many schools of thought on how to make positive environmental change. Some say policy or other high-level changes are the best way to go. Do you think consumers and green businesses can really be the primary driver of lasting global change?

This, to me, is everything. Policy is great if it happens, I just don’t hold my breath. And clearly policy can be reversed. You can’t reverse successful business. There’s this conception about corporations being bad and companies being bad, when they’re really there just to make money. Consumers have the power to demand sustainable products. Buy them, increase their value and thus, companies will make more products. Other companies will copy them as long as the profitability is there. They are in business. It’s our buying habits that do make all the difference. As long as businesses realize there’s a demand for sustainable products in every sector, they’re going to make them. And they’re going to do well with them. I think working within corporations can be life-changing for the sustainable economy that is not only here, but within the next ten years is going to dominate.

You can follow Debbie Levin and her work at: 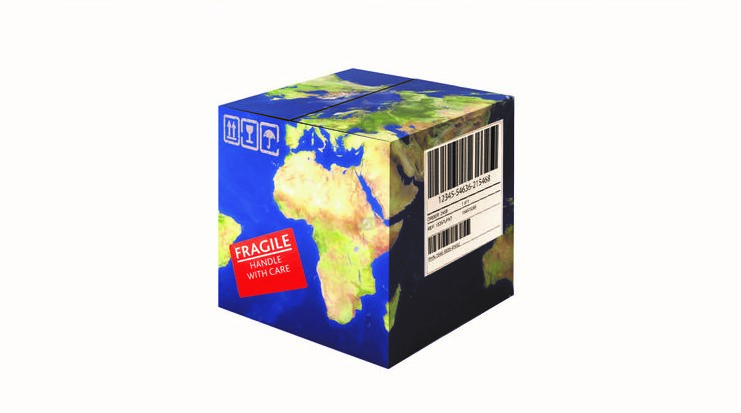