Life on the Move Lecture Series

All plants and animals, including humans, move during

their lifetimes, but some take truly harrowing or magnificent journeys to new lands and habitats. This Fall, the La Brea Tar Pits and Museum will join the UCLA Institute of the Environment and Sustainability to produce a three-night conversation between the people of Los Angeles and the leading experts on migration. Looking across species and time, we strip away politics and nation-state boundaries to discover the causes and outcomes of migration for all life forms.

The city of Los Angeles was established with incredible diversity, and this biological hotspot is considered a haven to humans and wildlife from around the world. Both new wildlife and people can accompany ecological and economy impacts within a place.  So, how have our vibrant populations in Los Angeles directly contributed to making this a hub for innovation, art and community success? Join us as we look deeper into the causes and outcomes of plant, animal, and human migration in L.A.

Check out the other lectures in the series here:
10/4 – It’s Time to Leave, The Causes of Migration
10/18 – A New Home, The Effects of Migration 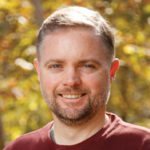 Dr. Greg Pauly is Co-director of the Urban Nature Research Center and Curator of Herpetology at the Natural History Museum of Los Angeles County. He studies the natural history, evolution, and conservation of reptiles and amphibians. Since joining the Museum in 2012, he has increasingly studied the impacts of urbanization on wildlife. Pauly developed the Reptiles and Amphibians of Southern California (RASCals) community science project as a way to compare modern species distribution records with historical museum records to understand how species ranges have shifted with increasing urbanization. Pauly was also one of the lead curators on the Museum’s award-winning Nature Lab exhibit. He has published over 35 scholarly papers in various journals including Evolution, Conservation Biology, Biological Conservation, PLoS One, and Frontiers in Ecology and Evolution. Pauly also co-authored Wild L.A.: Explore the Amazing Nature in and around Los Angeles, which will be available March 2019. 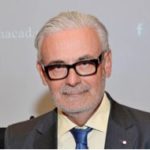 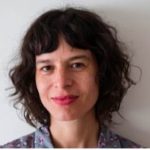 Ruxandra Guidi is a native of Caracas, Venezuela, is an independent storyteller with almost two decades of experience in public radio, magazines, and multimedia. She has reported news throughout the United States, the Caribbean, South and Central America, as well as Mexico and the U.S.-Mexico border region. She’s worked as a reporter, editor, and producer for NPR’s Latino USA, the BBC daily news program, The World, the CPB-funded Fronteras Desk in San Diego-Tijuana, and KPCC Public Radio’s immigration beat in Los Angeles. For more than ten years, she has been collaborating regularly with her husband, photographer Bear Guerra, under the name Fonografia Collective. Currently, the pair is developing a storytelling project about the site of a future park in Los Angeles, in collaboration with Clockshop, a local arts organization, and California State Parks. A new home? Event series looks at the science of migration