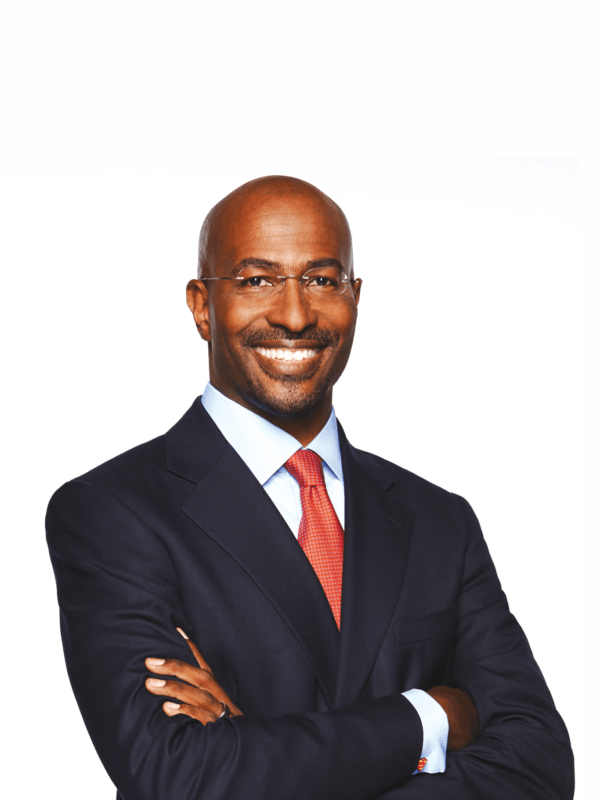 Van Jones is best known as a CNN political contributor, regularly appearing across the network’s programming and special political coverage. In this role, he has used his public voice to be the inspirational changemaker that is at the core of his humanity.

The Dream Corps was founded by Van Jones in 2014 to help cutting-edge initiatives grow big enough to impact millions of lives. They back initiatives that close prison doors and open doors of opportunity. Dream Corps supports economic, environmental and criminal justice innovators – all under one roof. Currently, the Dream Corps has these programs:  #cut50: Transforming the criminal justice system; #YesWeCode: Increasing opportunity in the tech sector; Green For All: Building an inclusive green economy; and Love Army: Building a nation where everyone matters.

In addition, he founded and led four other not-for-profit organizations engaged in social and environmental justice including, Rebuild the Dream, that promotes innovative policy solutions for the U.S. economy; the Ella Baker Center for Human Rights that focuses on economic empowerment and skills training in California; Color of Change, that offers training and guidance on issues related to racial equality and fairness on behalf of communities of color; and Green for All, dedicated to jobs training in the green sector with the goal to help lift people out of poverty. He is also a senior fellow with the Center for American Progress and focuses on policy matters related to green jobs and how cities are implementing job-creating climate solutions.

Jones is a Yale-educated attorney and author of three New York Times best-selling books, Beyond the Messy Truth, The Green Collar Economy, and Rebuild the Dream which chronicles his journey as an environmental and human rights activist to becoming a White House policy advisor. In that role he was the main advocate for the Green Jobs Act, signed into law by George W. Bush in 2007, and the first piece of federal legislation to codify the term “green jobs.” During the Obama Administration, the legislation had resulted in $500 million in national funding for green jobs training.

As the green jobs advisor to President Obama, he helped lead the inter-agency process that oversaw the multi-billion dollar investment in skills training and jobs development within the environmental and green energy sectors.

He has also been honored with numerous awards and spotlighted on several lists of high achievers, including the World Economic Forum’s “Young Global Leader” designation; Rolling Stone’s 2012 “12 Leaders Who Get Things Done”; TIME’s 2009 “100 Most Influential People in The World”; and the Root’s 2013 “The Root 100.”