At the Center for Climate Science, we believe that all the cutting-edge research in the world can’t help to solve real-world problems if people don’t know about it—or don’t know why climate change is such an important challenge to address in the first place. That’s why good communication and education are a critical part of our mission. With a generous endowment gift from Suzanne Weiss Morgen made in 2018, we’ve been given the opportunity to launch a new type of climate education event.

The event will take the format of a game show, in which comedian contestants compete alongside the audience to correctly answer questions about climate change topics in the news. In the course of the program, we’ll also feature some of the ground-breaking climate change education work that’s being carried out in LA-area high schools. The afternoon will entertain and educate our audience, raise awareness of UCLA’s first-of-its-kind Climate Science major, and foster an interest in climate science and scientific study among high school students in groups typically underrepresented in the environmental sciences.

The first Henry “Hank” Weiss Memorial Climate Education Event will be free and open to the public and will take place on the UCLA campus on April 26, 2020. Sign up for our mailing list for more details as they become available.

About Henry “Hank” Weiss
From the recollections of his daughter, Suzanne Weiss Morgen 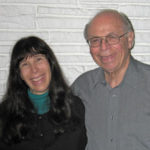 My father’s interest in meteorology and climate science began as a consequence of World War II. He enlisted in the Army and was given an aptitude exam to help discover how to best utilize his skills and talents. Meteorology was strongly indicated, and he was therefore trained and subsequently stationed in Greenland to aid the Allies during the war with weather prediction. Being able to forecast accurately was exceedingly important for the planes flying military missions, and my father felt very good about being able to contribute to the war effort in such a significant way. After the war ended, he came to UCLA to finish his degree in meteorology and went on to spend the first part of his career with the Weather Bureau and the Air Pollution Control District. 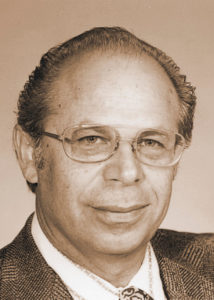 Later in his career, he worked as a site safety engineer for rocket testing and launch at Rocketdyne (which later became Rockwell International and then eventually Boeing). Along the way, he traveled to Japan a number of times to help educate and set safety standards for testing sites there.

After retiring, he found himself a bit bored and longed for more. He spent the next ten years or so working at the Aerospace Corporation interfacing with the Air Force a great deal while working on the Space Shuttle program.

My father had a lifelong interest in education and a tremendous curiosity for new things. I believe he would be thrilled to know that I have established a program that will help to reach out and educate us all about climate science.

More about the event

Funding for this event is provided by the Henry “Hank” Weiss Memorial Climate Education Endowment, a generous gift from his daughter, Suzanne Weiss Morgen ’74, and a matching fund furnished by the UCLA Department of Physical Sciences. Additional support is being sought to increase the frequency of the event. If you are interested in making a financial or in-kind contribution, please contact Brooke Sanders at 310-794-9045 or bsanders@support.ucla.edu.