Art has long had a shifting role in the environmental movement.

“Music is not an easy medium for discussing environmental stuff,” said Ursula Heise, a UCLA expert on environmental art and narratives.

That doesn’t mean it’s ineffective. For Animal Collective and Coral Morphologic, the world-renowned indie band and Miami-based art-science duo, value is placed on music, visuals and the oddness of underwater creatures.

Their recent audiovisual album, Tangerine Reef, follows that formula. We sat down with Ursula Heise for her take on the album and how it relates to environmental art writ large.

Is there something unique that music can offer as a form of activism?

Ursula: I think it can, but I’m not sure this particular album does. Over the course of history, there have been a number of songs with explicit lyrics – say, protest chants, songs of the working class or some religious hymns – that have inspired people with direct calls for action. I don’t think Tangerine Reef is of that nature. What I admire about the album is its invitation to meditate and contemplate the natural world. The footage is stunning. In combination, you have strange, ambient electronic music and Avey Tare’s voice, which often sounds very mournful. It’s mourning the loss of something, but we don’t see that loss depicted in the images. There is an odd tension between the beauty of the images and the desolation and melancholy that is obvious in quite a few tracks on the album. What you see in the footage is incredibly beautiful and also incredibly alien.

What does something “incredibly alien” bring to the table?

I was interested in this because I do research on biodiversity and how we relate to it. We often try to combine ideas about biological diversity with the cultural and racial diversity among humans that we appreciate. And of course, in some sense that’s legitimate and an interesting thing to do. With Tangerine Reef, there’s something other than a comforting sense of diversity. The biodiversity in the video footage is extremely beautiful but it’s also not that easy to relate to because it shows species that most people don’t know. It emphasizes that diversity sometimes goes far beyond what we’re familiar with and can easily relate to: We don’t know what these coral critters are up to most the time.

How common is it for environment-related art to “get weird”?

The liner notes mention Jean Painlevé, a French surrealist film maker from the 1930s. Painlevé, too, was interested in the beauty and strangeness of aquatic life. He has one video that shows octopus sex – pretty strange! He has an even stranger one about Acera sea snails, a small kind of mollusk — not particularly charismatic fauna. He shows the soft parts of their bodies slowly opening and closing and intercuts those with an image of a ballerina dancing in a white dress. As she twirls, her skirt opens up in the same way. So, here’s something Painlevé does that Tangerine Reef does not. He explicitly equates these super-strange aquatic creatures with humans.

But what he does after that is really weird. He’ll show the sea snails them in their mating process, where they form these sexual chains in the mud at the bottom of the ocean and you go “dude, I just compared these creatures to a ballerina in my head!” It’s slightly revolting and just looks totally different from human eroticism and sexuality.

I found that interesting to think about here. I don’t think there’s a similar abrupt human-to-non-human comparison in Tangerine Reef. There’s just a much more consistent defamiliarization. It draws you in with the beauty of the aquatic creatures, but then it also shows you images of life that are not easy to describe in humanoid terms. To me, that is where this is an absolutely fascinating album. 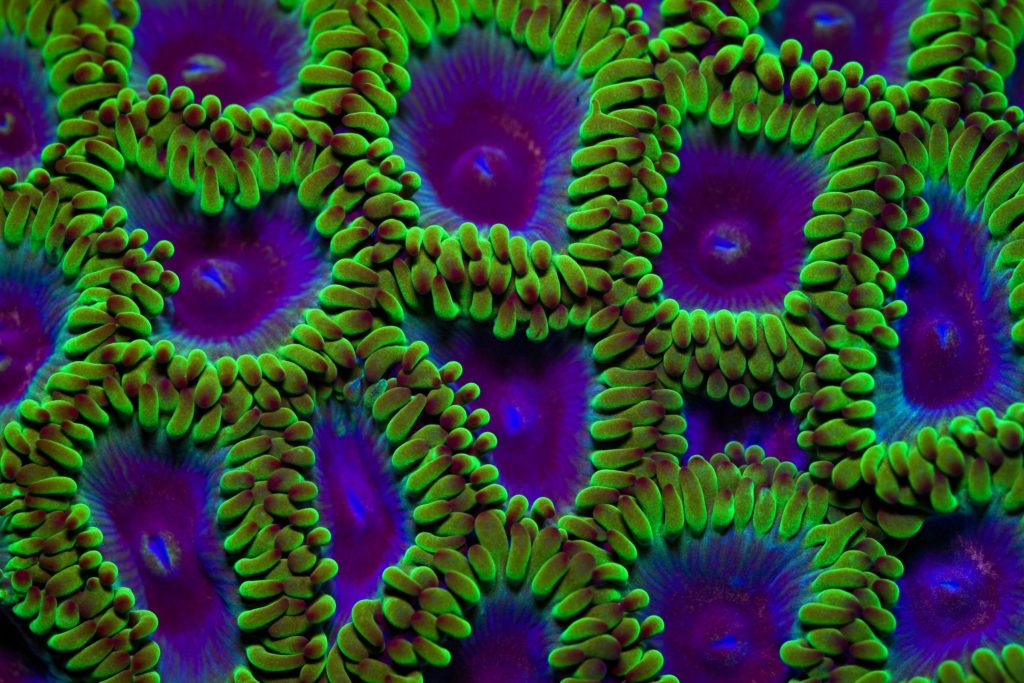 Do you think it’s easier to bring that strange diversity when working with underwater creatures?

A lot of our ideas of harmony with nature and relationships of humans to other animals are based on terrestrial ecosystems. In my own area of academic research, for that reason, over the last 10 years there’s been a huge interest in the so-called “blue humanities.” That research area focuses on what ocean environments, rather than just terrestrial environments, might do to change our sense of how we fit into the world.

In the Tangerine Reef video, there are a lot of scenes where there is clearly life and activity. But what that activity is, I don’t know, and I don’t have any spontaneous means of comprehending it unless I’m a marine biologist. I think that’s totally intentional. It’s not this “oh, here’s our little hero making his way through the ocean” kind of Disney documentary narrative.

When we talked to Colin Foord, one of the guys at Coral Morphologic, he talked about how humans represent coral in modern and future myths will change because we can now video them so beautifully. Are there other examples of humans changing how they represent nature over the course of time?

Yes, there are. The polar bear is interesting as a point of comparison: another threatened species, like many of the corals in the video. Polar bears, up until the 1980s, were filmed with the exact same methods, narrative strategies and technical devices as sharks. They were represented as dangerous, blood-thirsty predators. But in the last 25 years or so they’ve taken on an iconic role as the first symbolic victims of climate change, and that’s completely changed the images and stories about them. Now we’ve come to focus much more on anthropomorphizing images of the mother bear with the cuddly little cubs. And more abstractly, the white animal in the white landscape — the pristine wilderness and the perfectly adapted animal we’re disrupting.

Brian Weitz from Animal Collective had concerns about being too much of an activist in his music. What do you make of artists who shy away from being overt?

I think there are two things going on there. One, I think a lot of writers, musicians and filmmakers shy away from the didactic mode — telling people what to think. They just want to put images and stories out there and invite people to think about them. They believe, and I think rightly so, that a lot of readers, spectators or listeners will feel condescended to if they’re told what to think or what to do. This is especially true when it comes to art. If the art just becomes a vehicle for conveying a certain message, a lot of people will just not be interested in it, and will feel that that’s reductive. Even when a work of art has a message, there’s always more to it than the message.

The other thing is — look, we’re not at the beginning of the environmental movement. Over the last fifty or so years of environmental storytelling, there’s sometimes been a certain kind of condescension, moral self-satisfaction and smugness that has not served the movement well. The general reluctance of some environmental advocates today to be didactic often comes from their awareness of that tendency. So writers and artists try to come up with alternative ways of telling the story of our lives with other species on this planet. In Tangerine Reef, it’s the ambient music that conveys a sense of the vastness of Earth’s oceans, and also Avey Tare’s voice, singing – but often not in words that are easily intelligible. So his voice blends in as sort of another instrument in the aquatic and electronic sound waves of the album – even as the album mourns how humans destroy coral reefs. It’s a great example of environmental art that gets its message across in very innovative and unconventional ways, highlighting ecological harmony and destruction at the same time. 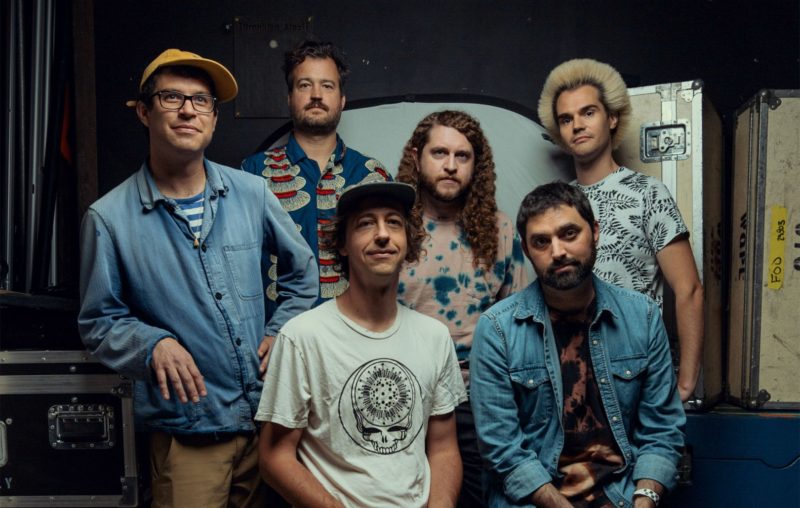