Amid what will likely go down as the warmest year on record, we are approaching peak melt in the Arctic.

The 2017 melt has been so dramatic, in fact, that for the first time a tanker recently sailed through the ocean without assistance from an icebreaker.

The receding ice and warm temperatures are having a significant effect on Arctic wildlife, too, leading thousands of walruses to “mob” Alaska and changing the migratory and breeding patterns of birds.

In June, I witnessed the beauty of this wildlife and the challenges it faces while on a nine-day cruise of out the town of Longyearbyen. For those who have never heard of the place, it’s worth a web search. It is the northernmost settlement in the world with a permanent population of 2,200. It effectively functions as the capital of Svalbard, an archipelago in the Arctic Circle that is an unincorporated part of Norway. It is so far from anything else and in such a harsh climate that it never had indigenous people (though it does feature the northernmost sushi restaurant). As result of this isolation, Svalbard’s wildlife and habitats are pristine—and that’s what we set out to see.

I expected to hear a lot of doom and gloom on the changing environment from the ship’s naturalists—stories about the flooding of the Global Seed Vault due to melting permafrost and shrinking sea ice were fresh news at the time. And I did. The experts were frank in describing changes they’ve seen and research from local stations—Svalbard serves as a hub for scientists studying the Arctic.

But you can find those stories all over the news. I’d like to share lighter information, fun trivia I learned from the naturalists aboard my ship that might give you a different perspective on the region.

The sun doesn’t set in Svalbard between mid-April and mid-August.  It took some getting used to. Even at 3 a.m. the sun was well above the horizon. It could easily have been confused with late afternoon. The big advantage of this was that we technically could view wildlife 24 hours of the day. There were many nights when jet lag would wake me at an odd hours, and I would venture onto the deck in my pajamas hoping to spot something.

The naturalists were tasked with keeping round-the-clock watch. Thankfully, they were judicious with the public address system and only woke the us for “big stuff,” like a rare blue whale sighting one night. During the day, the announcement system got a lot more use.

One of the most frequent sights was reindeer. The weather was warming, so they were in the process of molting—trading rich white coats for lean, brown ones. Some had velvety antlers, others none at all. One of the naturalists on board, Annie Inglis, asked us to guess which were males and which were females. Most of us assumed the ones with large antlers were males, since in most deer species only the males grow antlers. But with reindeer, both sexes grow antlers at different times of the year. Males start growing them in the late winter and shed them in the fall. Females start growing them in the summer and drop them in the spring after they’ve had their calves. The ones with antlers in June were likely males. Annie asked us to reflect on Santa’s reindeer. They all have antlers, right? If we are being biologically accurate, Rudolph and the rest of the crew would actually all be girls. Childhood upended—but in a good way.

There is a similar misconception about walruses. Both males and females have tusks, which they use to drag their portly bodies onto the ice. Males also use them to fight one another for mates. Unlike reindeer antlers, tusks are not shed annually. When one loses a tusk in a fight or other incident, it will generally grow back—albeit slowly—and will result in them failing lower in the sexual hierarchy. It must be a hit to their vanity, too, as the animals look quite silly without their tusks.

Walrus regularly overheat on shore. Their bodies are so well-adapted to thrive in the near-freezing waters of the Arctic that when they are out in the air, sitting on the beach at 40-50 degrees, they feel like we might during a heat wave. As they grow overheated their skin develops rosy or red-hued patches. At times the coloration was so dramatic, it looked as if they had been in a fight.

It was incredible to think 40 degrees is warm to them. In a modest jacket, the Arctic weather felt pleasant to me, especially in the sunlight. The water was a different story. I took a “polar plunge,” cannonballing into the sea at 80°N. The near-freezing water shocked my system and literally took my breath away—I was gasping for air. I could not get out of the water fast enough, and there is video to prove it. My body took on a similar coloration as the overheated walruses, and my extremities remained that color for a good 10 minutes.

When I returned to home to California, several friends commented on my photos—they said they really loved the penguins. Penguins? There are no penguins in the Arctic. A common mistake is placing polar bears and penguins in the same ecosystems, when in fact they are not found anywhere close to each other, other than perhaps at a zoo, of course. And the main attraction of this trip was polar bears. The penguin-like birds my friends saw were actually guillemots and auks.

Polar bears are the iconic wildlife stars of the Arctic, mascots for the impacts of climate change. As the planet warms and the sea ice melts, the animals are faced with a serious challenge: Their best feeding is done along the edges of sea ice, where they hunt seals. Female bears typically need to gain 400 pounds (the equivalent of about 50-75 seals) over a few short months in the spring and fall. They need this massive gain in case they bear a cub, which requires them to go up to eight months without a meal. As our planet warms and sea ice breaks up earlier, polar bears have less time to capture seals and put on their annual weight. Some are learning to adapt, though. Bears have been witnessed harvesting seabird nests from steep, rocky cliffs. It may not be a perfect alternative to fatty seals, but it demonstrates how nature often finds a way.

As a global community, our imperative remains to slow the rate of climate change. At UCLA Institute of the Environment and Sustainability, we’re working hard to better understand and publicize these issues through the research of experts like Alex Hall and Aradhna Tripati. Through events like the Climate Literacy Series, we hope to give more people a good understanding of climate change realities, and how they will affect species in the Arctic and closer to home, including ourselves.

TOP IMAGE: Inquisitive reindeer would let us hike within as a few yards of them before shuffling away. 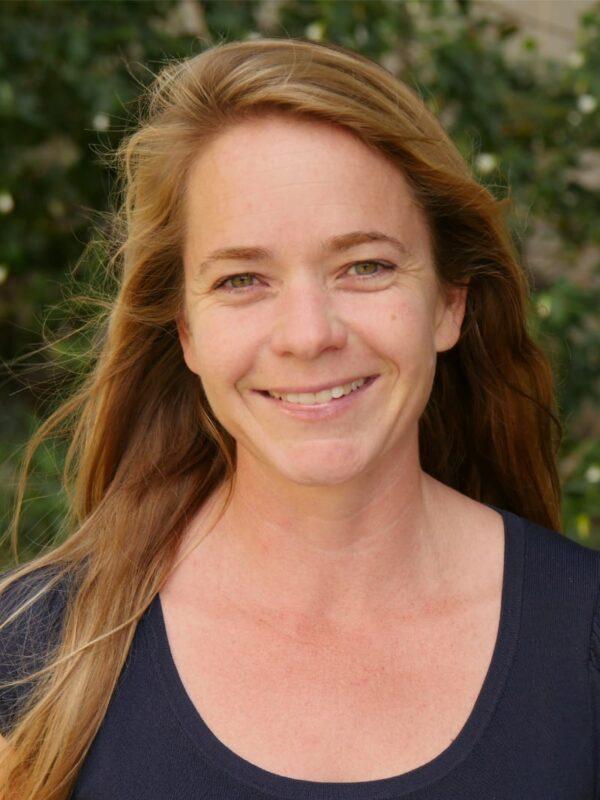 A Climate Series for the Ages