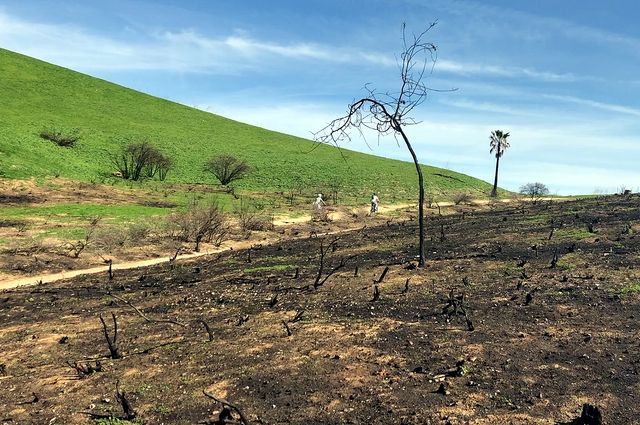 After the Woolsey fire burned more than 150 square miles in November in the Santa Monica Mountains, two of the most important questions became how long it would take plants and animals to recover, and which ones will thrive or die out after the mountains’ worst fire ever recorded.

Now, a UCLA-led research project has begun a months-long study in more than 50 burn areas to closely monitor the recovery of native plants, invasive grasses, insects, slugs, snails and more. Those flora and fauna are important in their own right and also key food resources. With nearly 90 percent of the National Park Service’s land in the Santa Monica Mountains burned, a slow recovery of those smaller species could spell trouble for small mammals and reptiles that escaped the flames, said lead researcher Brad Shaffer, a distinguished professor of ecology and evolutionary biology and a member of UCLA’s Institute of the Environment and Sustainability.

“I want to know, what in the world is a lizard going to do out there when there’s nothing to eat?” Shaffer said. “Lizards are going to be coming out of hibernation in the next month. If we say, ‘Oh, in a year, it’s going to be great’ — well, they’re all going to starve to death in a year, so I want to know what those insects are doing right now, and I want to know how that relates at a very, very fine spatial scale to the severity of the fire.”

Previous studies have looked at fire recovery across thousands of acres, but few if any studies have examined fire recovery in relation to severity at such a close ecological scale, or focused on short-term recovery and its impact on animals, instead of longer-term plant regrowth, Shaffer added.

The researchers are particularly interested in examining whether more severely burned areas recover differently from areas where the fire didn’t burn as fiercely. Fire intensity can vary dramatically over the space of even a few meters — something Shaffer experienced first-hand as director of the UCLA La Kretz Center for California Conservation Science, which used to have two buildings in the mountains. One burned down in the Woolsey fire and will be rebuilt, while the building 20 feet away was untouched.

The volunteers divided into 52 teams during a training session held Jan. 27. There, Shaffer, Keeley and Witter explained the goals of the study, and demonstrated how to conduct the fieldwork on a scorched hillside on National Park land, near the border of Los Angeles and Ventura counties. They pointed out how to estimate the percent of the ground covered by plants, and using calipers, they showed how to measure chaparral stumps to determine fire severity for the area. On one side of a hiking trail, freshly sprouted invasive grasses formed a green carpet around burnt trees. On the other side, skeletons of burned-out shrubs poked out of the still-blackened ground.

“The fire severity there is different than the fire severity there,” Shaffer said, pointing first to the grasses and then to the charred shrubs. “Even there has patches that, meter by meter, are different. … That’s the level that wildlife and plants oftentimes work at. You live or die based on whether or not there’s food in the surrounding hundred meters.”

The findings will have important lessons for climate change, Keeley explained to the volunteers.

“There’s evidence that fire severity is going up because temperatures are going up,” he said. “We want to know, ‘How does severity of the fire impact recovery?’ because that’ll tell us a lot about what we should expect in terms of global warming impacts.”

Differences in recovery were apparent in the 10 weeks since the fire. Indicating the already-green hillside, Keeley noted that the invasive grasses don’t burn with the same intensity as shrubs, creating a kind of double-whammy for native plants. The increased severity of the fire around the native chaparral means that not only is their recovery slower, but during the delay, areas where plants like chaparral thrived could end up being taken over by faster-recovering invasive grasses.

“You see that slope there is all green,” Keeley explained to the volunteers, pointing. “I would assume it’s because it was mostly grassland.”

“Any place where you see large expanses of bright green, it’s non-native annual grasses and mustards,” she said. “It’s all weeds. The native areas are where you see black soil showing through.”

For at least the next six months, the fieldwork teams plan to visit 52 different assigned locations in the burn area. Each team will establish a 100-meter-long swath of land, or transect, to study. There, they will flag 10 evenly spaced square-meter plots for intensive study, and measure the fire severity in each plot.

Every month, the research teams will measure the recovery in each plot through details such as changes in the ground cover — that is, the ratio of plant life to scorched earth — and which species grow. They will also hang insect traps to measure the number and species of insects in the area, and place square-foot cover boards to provide shelter for creatures like worms, snails and spiders, allowing volunteers to measure the return of invertebrate life to the area. Using camera phones, the field teams will also take monthly pictures of each plot and of the invertebrates wriggling and living under the boards.

The work is in keeping with the UCLA Sustainable LA Grand Challenge, which set the goal of transitioning Los Angeles County to 100 percent renewable energy and water self-sufficiency by 2050.

“Rather than estimating fire severity for all 160,000 acres of the Santa Monica Mountains, we’re getting it down to the level of granularity that’s much more relevant,” Shaffer said. “Normally you can’t do that. It takes a lot of work, a lot of people, a lot of transects, a lot of grids. Well, we’ve got a lot of people. … If fire severity is having a huge impact on certain elements of the fauna and flora that we haven’t quantified before, that might come into general policy on managing fires. That would be my hope.” 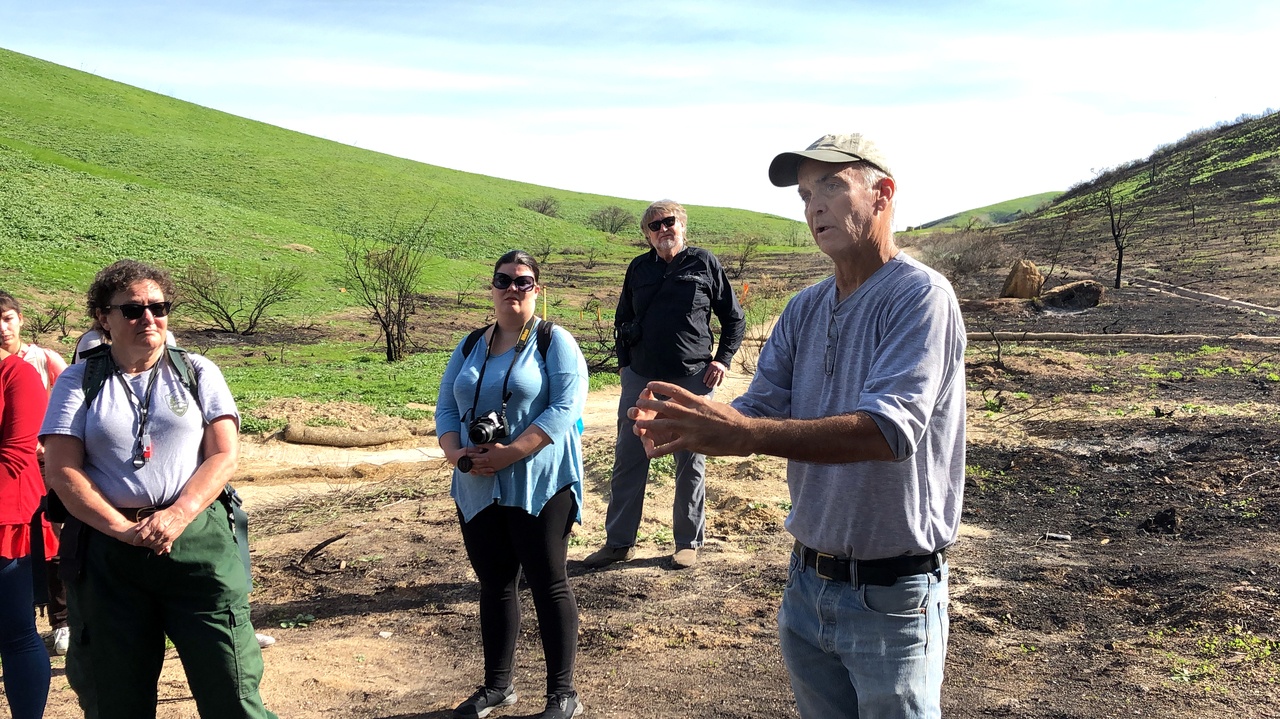 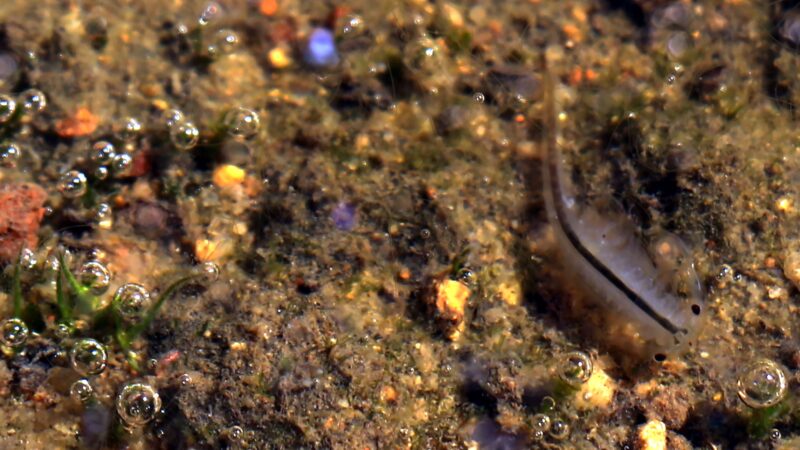