The Nature Conservancy and UCLA Institute of the Environment and Sustainability (IoES) invite you to LA’s New Abnormal: Mega-Wildfires Reception and Discussion
Seemingly every year, California breaks some record for devastation with a new wildfire. The Woolsey fire was the worst the Malibu area has ever seen, and it has been 100 years since there has been a wildfire anywhere in the US as deadly as Northern California’s Camp Fire. Is this new abnormal something we just have to learn to live with, or are there actions to be taken that could reduce wildfire hazard both immediately, and more profoundly over a 10 to 20-year span?
Panelists
Edie Chang was appointed as a Deputy Executive Officer at the California Air Resources Board in 2013. She is responsible for development and implementation of California’s plan to reduce greenhouse gas emissions including the AB 32 Scoping Plan, the cap-and-trade regulation, the low carbon fuel standard and the natural and working lands implementation plan. Together, these plans, strategies and initiatives will ensure that California meets it’s 2030 climate and air quality goals. Major initiatives designed to achieve the mutual goals of climate and air quality include the sustainable freight strategy, the air toxics program, fuels regulations, and stationary source programs, including electrical generation and petroleum refineries. In Edie’s 20 year career with CARB, she has worked on a wide variety of projects including implementation of the zero-emission vehicle program, preparation of State Implementation Plans, and incentive programs to support the development and deployment of cleaner diesel vehicles.
Dr. Keeley is currently a research scientist with the U.S. Geological Survey, stationed at Sequoia National Park. Prior to this appointment, he served one year in Washington, D.C. as director of the ecology program for the National Science Foundation. He was professor of biology at Occidental College for 20 years and spent a sabbatical year at the University of Cape Town, South Africa. He has more than 350 publications in national and international scientific journals and books. His research has focused on ecological impacts of wildfires as well as other aspects of plant ecology, including rare plants, rare habitats such as vernal pools, and plant physiology. In 1985 he was awarded a Guggenheim Fellowship and is a Fellow of the Ecological Society of America and an Honorary Lifetime Member of the California Botanical Society. He has served on the Los Angeles County Department of Regional Planning Environmental Review Board, and the State of California Natural Communities Conservation Program (NCCP) Board of Scientific Advisors.
Daniel Swain is a climate scientist who studies the physics, dynamics, and impacts of extreme climate events. He especially interested in how global warming is affecting the character and causes of regional droughts and floods, and the processes underlying increasing “precipitation whiplash” in a warming world. As part of a novel collaboration between UCLA IoES, the National Center for Atmospheric Research, and the Nature Conservancy, an emerging research focus is on the human and environmental impacts of the changing Earth system, including the simultaneously rising risks of wildfire and “megafloods” in the American West.
Daniel also authors the Weather West blog, which provides real-time perspectives on California and western North American weather, climate, and regional change. He also engages extensively with journalists and other partners to facilitate scientifically informed yet broadly accessible media coverage surrounding climate change and natural disasters. In addition to serving as a climate and weather science liaison to print, radio, television, and web media outlets, he also reviews existing news articles for scientific accuracy as part of the Climate Feedback team.
Moderator
Peter Kareiva is the director of the Institute of the Environment and Sustainability at UCLA, as well as the Pritzker Distinguished Professor in Environment & Sustainability. Before coming to UCLA, Kareiva was the Chief Scientist and Vice President of The Nature Conservancy, where he was responsible for maintaining the quality of over 600 staff engaged in conservation science in 36 countries around the world.
Kareiva studied political science and zoology at Duke University for his bachelor’s degree and ecology and applied mathematics at Cornell University for his Ph.D. He is the author of more than 150 scientific publications and author or editor of eight books, including a textbook on conservation science.  His most recent book (2017), Effective Conservation Science: Data not Dogma challenges conservationists to question received wisdom, and look to their data for surprises and new ideas that could be key to sustaining biodiversity.
Photo by Getty Images

Seating will be distributed on a first-come, first-serve basis. Space is limited and RVSP does not guarantee seating<br /> 5:30-6:00 PM reception 6:00-7:30 PM panel discussion 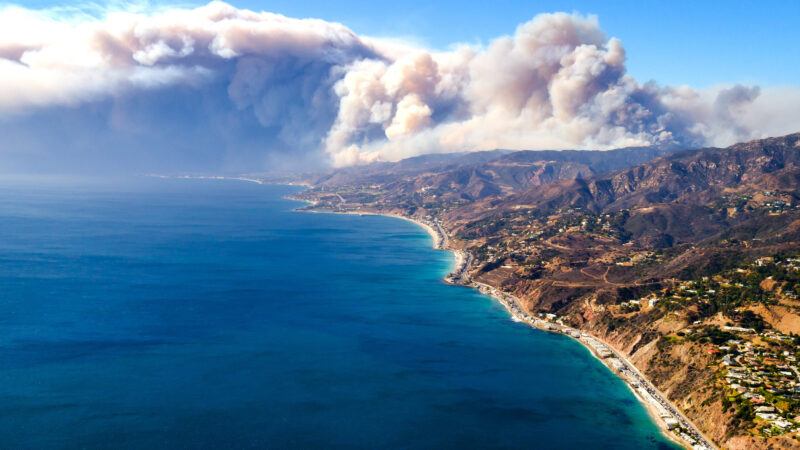