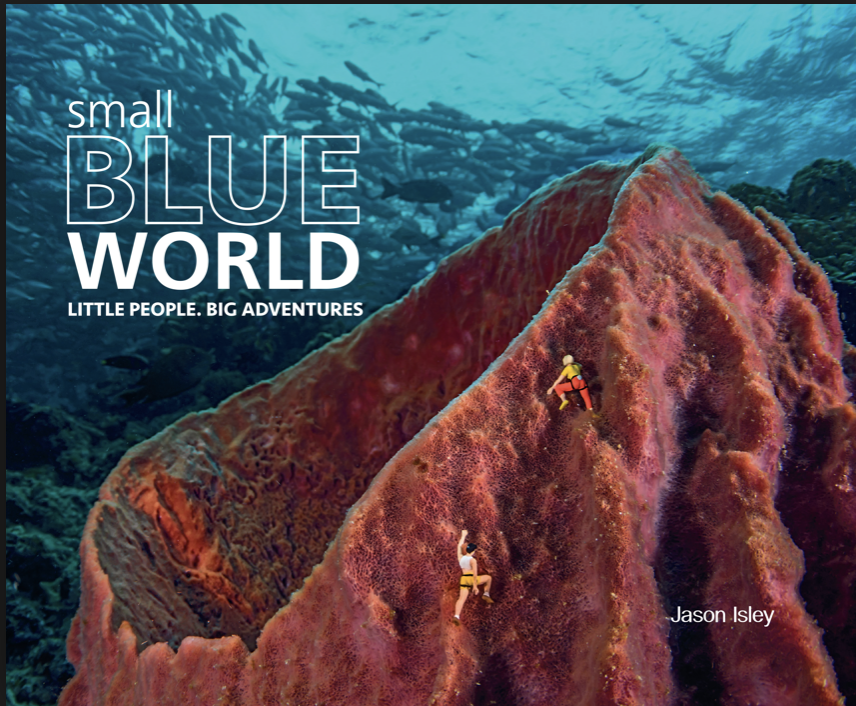 At this year’s 2018 Pritzker Emerging Environmental Genius Award ceremony, each candidate shared a book that has impacted their lives. Here’s the list, for anyone who wants to think like a young environmental genius.

Tropic of Chaos: Climate Change and the New Geography of Violence by Christian Parenti

“As an ode to my most influential professor to date, Christian Parenti, for opening my eyes to human climate crises with rigorous global political context and for setting the expectation of unwavering commitment to mitigation despite the odds.”

One of the most influential books I’ve read recently!

Our Choice: A Plan to Solve the Climate Crisis by Al Gore

Before co-founding IoBY, Erin Barnes worked as a freelance writer for New York Magazine, National Geographic’s “The Green Guide” and was a contributor to Al Gore’s book Our Choice

Franny and Zooey by J.D. Salinger

“No matter how many times I read it, the book’s message and characters continue to resonate with our current times.”

Song of the Dodo by David Quammen

“This brilliant piece of writing is an absolute treat to read. While the book itself is about evolution and extinction, topics that some may consider complex, Quammen’s writing is fluid, lyrical and easy to read. The book is a journey in itself and it leaves you enlightened and wishing it had never ended.”

Twenty Thousand Leagues Under the Seas by Jules Verne

“Reading this book when I was young, around 8 years old, allowed me to escape in a world where everything was possible, where I was captain Nemo.

“The book has deep advice on how to build and run a startup.”

“Unlikely Alliances demonstrates that our ongoing fights for climate justice are not isolated struggles, but are founded upon a legacy of collaborative resistance. This book is an essential read for all who wish to build healthier, more sustainable communities and native nations.”

Other Ways of Knowing by John Broomfield

“It allows me to expand with ancestral knowledge and imagination for the solution-thinking we need to heal our planet and our relationship with it – as an added and needed perspective from our traditional ‘modern’ scientific ways of framing and tools.”

“A high seas tale about how passionate and compassionate people, using a combination of imagination and tenacity, shut down the world’s most notorious poacher.”

The Alchemist by Paulo Coelho

“It speaks to the adventurous nature of the human spirit and the need for constant growth, while also making sure that we approach life with open eyes and hearts to appreciate the treasures that we already have around us. I have reread this book every time I have had to make a major decision and each time I find new nuggets of wisdom that are instrumental in my life.”

“Paul Hawkin’s book provides a clear road map on actions we can take and where to start to turn the tides on some of the biggest issues we face in our climate crisis as a global community.”

The Origin of Wealth by Eric Beinhocker

“Climate change, hate, inequality. So many ills today are symptoms of a deeper problem: now-disproven assumptions about HOW wealth grows.”

“Diving in Lembeh Strait, Indonesia I found this quirky book of weird ocean animals. It’s important to laugh a little as we try to save the ocean – a focus of KOLOSSAL.”

“Frankl lost everything he held dear, and yet he still found a way to find fulfillment while interned at a concentration camp. This is the most incredible story of resilience and rebuilding I’ve read.”

Brown is the New White by Steve Phillips

“This is an election year. This book points to solutions, people who are inspiring us towards change, and a strategy towards pulling ourselves out of despair and into action towards change.”

Streetfight: Handbook for an Urban Revolution by Janette Sadik-Khan and Seth Solomonow

“In a clean, green equitable city – the rules of the road need to be rewired with a people-centered ‘operating code’. This book shows us how!”

“The author and I share the belief that the global waste crisis can be solved in our time, starting with our consumption and production choices. He reminds us that default nature was made not to have waste as one organism’s output is another’s intake for survival, however this natural circle was disrupted when man started synthetic materials – birth of ‘waste’. It’s on man to find circular solutions to this waste crisis and its looming consequences now.”

“My two favorite classes in college were philosophy of science and philosophy of the mind. By my senior year at Penn, I ended up skipping classes to build our first prototype and try to win grants at startup competitions. As a result, I missed the popular paradoxes section in Philosophy. I’ve read excerpts but didn’t get to read the whole thing. I hope that we solve the plastic problem soon and then I can do Philosophy for the rest of my life.”

“This book is meaningful to me because it raised my consciousness about what we can learn from the environment and the reciprocal relationship we have with it.”