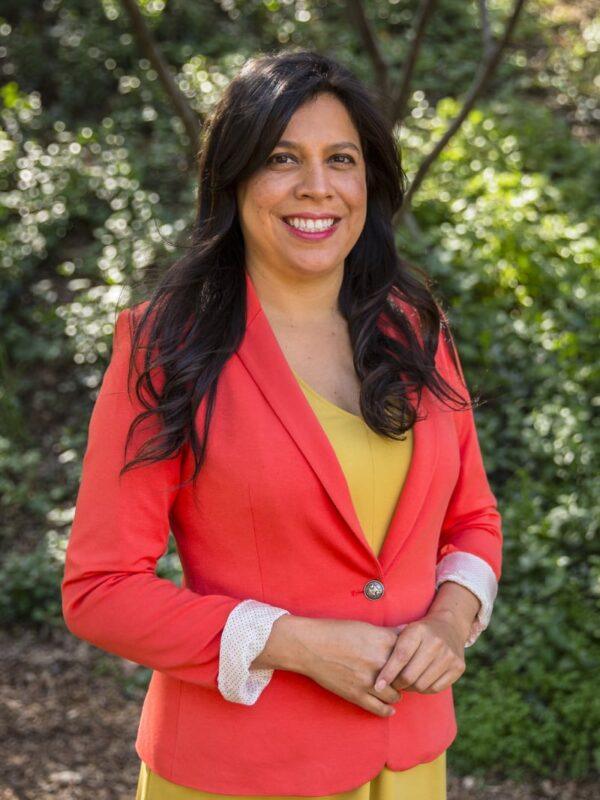 Cindy Montañez is a lifelong Angeleno raised in the Northeast San Fernando Valley. A daughter of immigrants, her mother was raised in a remote, mountainous region of Veracruz, Mexico and her father in the dry border state of Chihuahua.

Her parents ignited a passion for the environment in Cindy at an early age when they pointed out environmental injustices in their neighborhood. As a family, they participated in tree plantings and volunteered with local organizations when Cindy was just 12 years old. They often visited state and national parks and encouraged the kids to pursue careers in social justice.

During her freshman year as a student at UCLA, Cindy participated in a 14-day hunger strike on campus that forced the university to start a Chicano studies department, which led to the creation of the César E. Chávez Center Department of Chicana and Chicano Studies. The department later became the second UC campus to offer a doctorate degree in Chicana and Chicano Studies.

At the age of 25, Cindy was elected as the youngest mayor and councilmember of her hometown of San Fernando, CA. At 28 years old, she made history by becoming the youngest woman elected to the California State Legislature, where she became a champion for the environment, sustainable urban planning and social justice.

Cindy then moved on to serve as Assistant General Manager at the Los Angeles Department of Water and Power, where she was a core part of the team transitioning the nation’s largest publicly-owned utility to cleaner energy and a more sustainable local water supply.

In 2016, Cindy became the CEO of TreePeople, making her the first Latina CEO of an environmental organization in U.S. history.

Cindy is currently a Board Member for the UCLA Institute of the Environment and Sustainability and a Legislator In-Residence at the USC Jesse M. Unruh Institute of Politics.

Some of Cindy’s favorite things to do are to hike our local mountains, explore California and give back to Los Angeles. She is inspired by the magic of California’s ancient 2,000-year-old giant sequoia trees, the delectable taste of the fruit from her mother’s trees and the ability to live and work inside oak woodlands within a major metropolis.