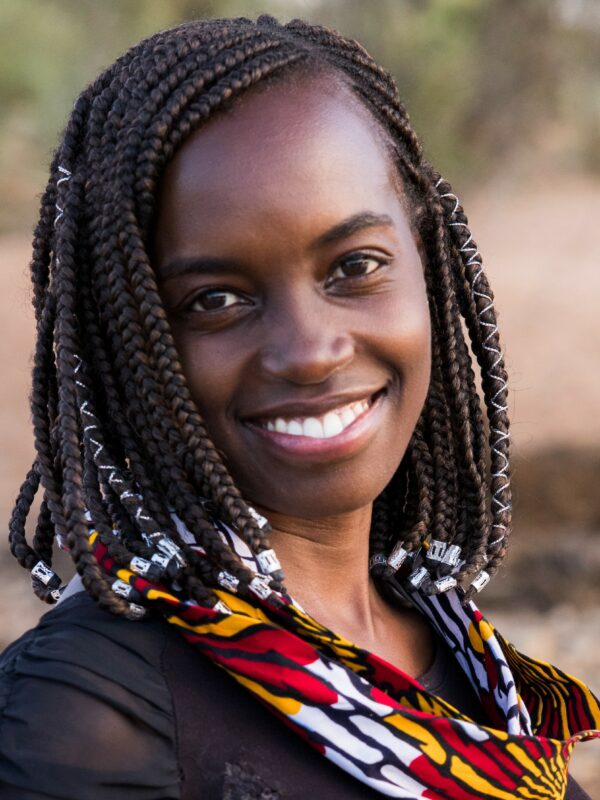 Resson Kantai Duff is the deputy director of Ewaso Lions, an organization dedicated to promoting coexistence between people and lions in northern Kenya. She holds a master’s degree in biodiversity, conservation and management from the University of Oxford, and an undergraduate degree in zoology from the University of Nairobi. Her passion has grown to revolve around deconstructing the prevalent narrative of conservation which has pit humans against natural resources. To her and her team, this means recreating the very definition of conservation leadership, expanding the profile of a conservationist to include faces that are not commonly at the forefront, and shifting power to locally-led organizations. She engages conservation practitioners and the wider public in these conservation discourses, aiming to give Kenyans back a sense of ownership over their wildlife, culture and land. She shared some of these thoughts in a TED Talk she gave in 2021. Resson is a Women for the Environment (WE Africa) Founding Fellow, and was also conferred the Wild Elements Innovator award in 2021. She was one of the 15 recipients of the Wayfinder Award and became a National Geographic Explorer in 2022. The owners of empty spaces