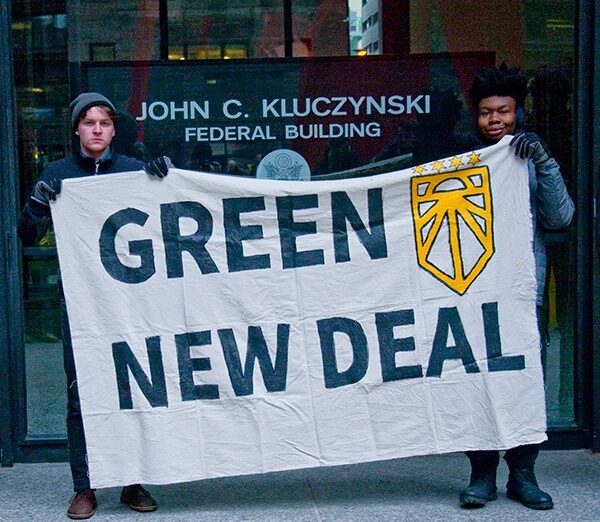 Varshini Prakash is the Executive Director and co-founder of Sunrise, a movement of young people working to stop climate change, take back our democracy from Big Oil, and elect leaders who will fight for our generation’s health and wellbeing. As an undergrad at the University of Massachusetts, she took on the fossil fuel industry by pushing her university to stop investing in coal, oil, and gas. She lead the campaign to victory after a 2-week long escalation involving thousands of students, alumni, and faculty. Varshini has been a leading voice for young Americans, including last fall when she helped lead a mass demonstration for the Green New Deal that went viral and put climate change on the map for Congress. Varshini‘s work has been featured in the New Yorker, Democracy Now, TeenVogue, BBC, Washington Post and more. She was recently named to the Grist Top 50 Fixers for “people cooking up the boldest, most ambitious solutions to humanity’s biggest challenges”. Varshini currently lives in Boston, MA.

Pritzker candidate Varshini Prakash in the NY Times: Progressive Activists Have Pushed Democrats to the Left on Climate Issues. Now What?