A U.S. Department of Energy Funded Project to Understand the Demographic Impacts of Solar Energy Sites on Migratory Bird Populations

Increased solar energy production is a critical element of efforts to limit anthropogenic climate change, however those same solar facilities may pose a risk to individual birds that migrate past them. While there are known interactions between avian populations and solar facilities, there is a lack of knowledge on how specific species and populations (smaller groups of birds within the same species) are impacted by these interactions. Some of the populations may be healthy, and the loss of a few individuals from these populations has little negative impact. Other populations may be declining, and losses of individuals from these groups can be considered a more serious conservation concern. We also do not know how the magnitude of impacts with solar facilities compares to those caused by other anthropogenic stressors, like those caused by climate change. 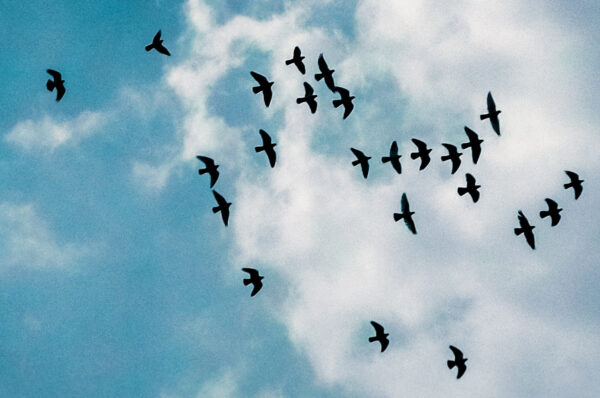 A framework recently developed by the solar industry identified several research needs, including the need to understand the makeup of “feather spots” (remains of birds found in solar facilities) in order to distinguish both the species of bird and the populations they correspond to. Scientists at the Center for Tropical Research at UCLA, in collaboration with Colorado State University and members of the solar energy industry will, for the first time, develop a genetic-based approach to efficiently identify and distinguish species and populations from feather spots recovered at solar facilities. We will combine the genetic identification of distinct populations with demographic data to evaluate what risks solar energy sites pose to avian populations. Results are expected to reduce the cost of current monitoring efforts and lead to better science-based mitigation strategies.

The project will leverage nearly 30 years of research on migratory birds at UCLA’s Center for Tropical Research, its extensive feather collection, and the Bird Genoscape Project’s growing network of universities and partners. The approaches to be developed and disseminated will provide efficient and cost-effective monitoring strategies at solar energy sites that can be implemented throughout the country. Finally, this work will develop a first-of-its-kind center at UCLA that will act as a sample repository and hub that solar facilities can utilize in order to identify unknown collected samples in the future. This work will ensure that no sample is left to a bin of “unknowns,” and that accurate estimates can be made of the impact that solar facilities may have on migratory avian populations throughout North America. 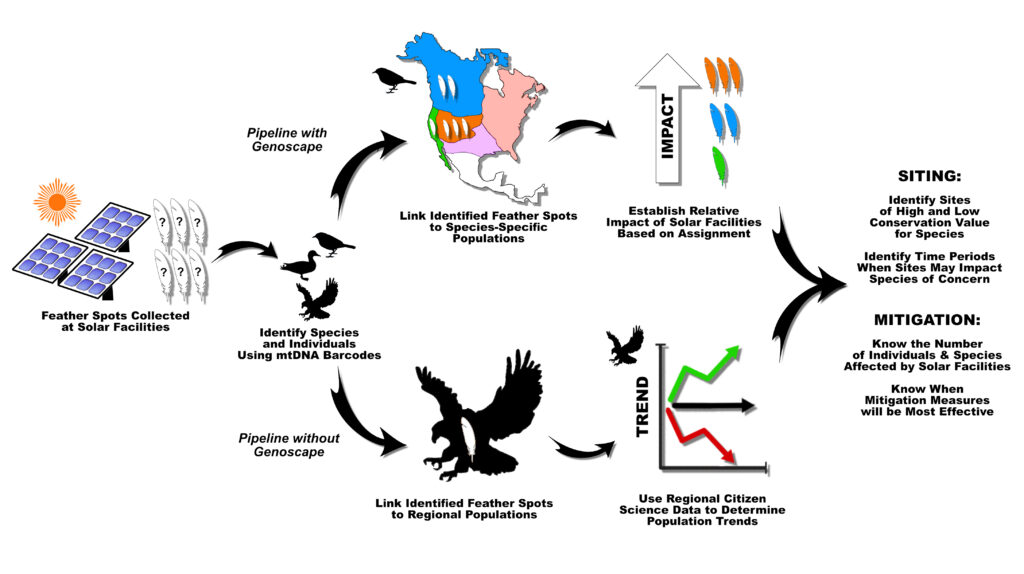