The Pritzker Award aims to recognize an environmental leader, under the age of 40, who is on the verge of making lasting change in the field of environmental sustainability.

Finalists David Diaz, Farwiza Farhan and Chook-Chook Hillman were selected from a pool of 18 candidates to move on to the final round of judging. Each of them takes a community-focused approach to improve not just the environment, but people’s lives. 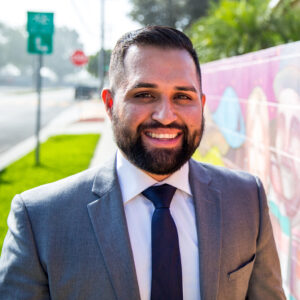 David Diaz spent nearly a decade working to advance equity, public health and environmental justice in the San Gabriel Valley. Diaz is executive director of ActiveSGV, clerk of the El Monte Union High School District Board of Trustees, and holds other positions overseeing research, planning and spending on parks, bike lanes, transportation plans, water infrastructure and other issues critical to the health, air quality and well-being of residents of the San Gabriel Valley.

Diaz hopes to make sure everyone in the region has safe places to take refuge as outcomes of climate change, such as wildfires and extreme heat, become more dangerous to human health.

“We facilitate public engagement to make sure the most vulnerable and least heard at decision-making tables are being heard,” Diaz said. 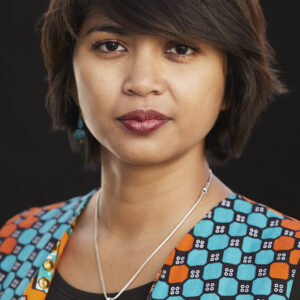 Farwiza Farhan works to protect the Leuser ecosystem on the Indonesian island of Sumatra. Rich with natural life, the ecosystem is the last place on Earth where tigers, elephants, rhinos and orangutans live together in the wild. As founder and leader of the nonprofit organization Forest, Nature & Environment Aceh, Farhan brings together communities, activists and legal groups, making sure conservation and sustainable development plans serve the needs of humans and wildlife.

Farhan and her organization attempt to understand local needs in depth, going so far as to embed themselves in affected communities for months at a time.

“Without involving communities in conservation work, sometimes we create injustice,” Farhan said. “We have to learn to listen, actually have a conversation with a community to understand their situation.”

She added that the global environmental community sometimes tends towards top-down, one-size-fits-all approaches. She argues more tailored solutions developed from the ground-up are needed. 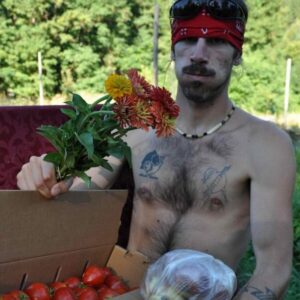 Chook-Chook Hillman of the Karuk tribe educates youth and partners with other tribes, universities, nonprofit organizations and government agencies to exchange cultural and environmental knowledge. Hillman is an expert on Karuk ecological knowledge of their lands in Northern California and Oregon, a region facing dire threats of water scarcity and worsening wildfires.

Hillman advocates a holistic approach to environmental problems, with approaches such as taking care of upland forest to conserve water supply. And, according to Karuk tradition, that also means taking better care of people.

“We view ourselves as a naturally occurring element of the Earth,” Hillman said. “If the people can’t be okay, the forest can’t be okay. We all have to be okay to do our part.”

Tribal and indigenous knowledge is increasingly valued in environmental efforts — but tends to get used only when convenient, he said. To deal with the global problems we’re facing, people need to put professional egos behind them and do things “because they’re the right things to do.” In addition to listening and understanding indigenous groups, that means supporting communities that have been exploited.

The Pritzker Emerging Environmental Genius Award, which carries a $100,000 cash prize, is the first major environmental award to recognize individuals 40 and younger who have shown exceptional promise as champions for the environment.

The finalists were nominated by individuals who already made their mark in the environmental arena. Diaz was selected by Rudy Espinoza, executive director of Inclusive Action for the City. Farhan was chosen by David Biello, science curator for TED. And Hillman received his nomination from Debbie Franco, managing director of Water Solutions Network.

Next, a winner will be selected by a panel of judges: Kara Hurst, head of worldwide sustainability at Amazon; Anousheh Ansari, CEO of the XPRIZE Foundation; Chanell Fletcher, executive officer of environmental justice at California Air Resources Board; Los Angeles City Council member Kevin De Léon; and Lori Garver, CEO of the Earthrise Alliance.

Event will be online