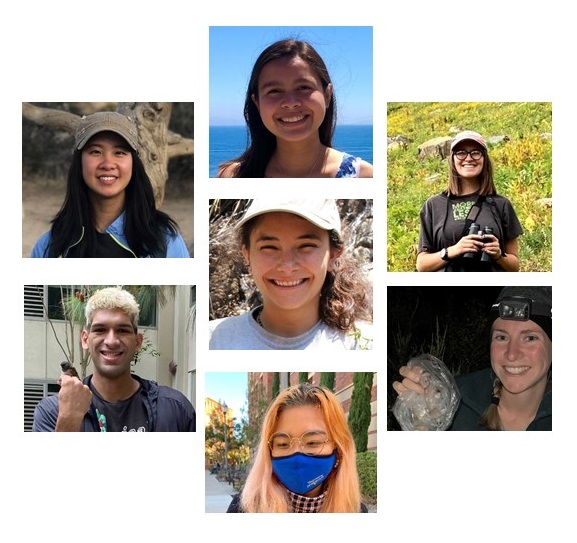 The UCLA La Kretz Center for California Conservation Science and the UC Natural Reserve System Stunt Ranch Santa Monica Mountains Reserve are pleased to announce the 2022 recipients of our competitive research awards. The awardees are UCLA graduate students working on projects including the community diversity of eelgrass in the Port of LA, how competition between species affects the habitat that Stephens’ kangaroo rats use, how wildlife are recovering after the Woolsey Fire, how island fox are overcoming inbreeding, and urban ecology of dark-eyed juncos.

Janine Fischer: Effects of interspecific competition on habitat use by Stephens’ kangaroo rat